The people of Idiagolu Community, in Ago Iwoye area of Ogun state have not been privileged in the area of education; the sons and daughters of the community either access education by traveling several miles away from home, or resort to farming or vocational trades as an alternative to basic education. The community has neither primary nor secondary school.

Solomon is lucky to be enrolled in a private primary school about three miles away, according to an elderly woman in the community, Okikiolamilekan Olabisi, who summoned Solomon to come speak with this reporter.

Solomon attends Elshadai primary school in Ijesa community, which is some 3 miles from Idiagolu. His mother, a petty trader who was not available when PLATFORM TIMES got to the village, parts with N200 daily as transportation fee to get Solomon to school. Neither Solomon nor the woman knows the exact amount paid as school fee. Mrs Olabisi told this reporter that not many children enjoy such a privilege. “Other children whose parents cannot afford the fee stay back in the village to assist their parents at the farm or trade.”

“The few children who go to school attend a private school in Ijesa, it is about 3 miles from here; they board bike or taxi. Secondary school is farther than that. It is in Irelu,” Mrs. Olabisi said.

The community representatives who spoke with PLATFORM TIMES expressed their displeasure over lack of public primary and secondary schools in the community. The representatives who said the rural community was yet to have a recognised head, claimed that they had taken several steps in the past to get the government’s attention to the educational need of the community, but the best response they had gotten was the visit of some members of the state house of assembly.

“We have written several letters; we have gone there ourselves to make requests physically, but we have not seen any action. We even provided land for the promised primary school, and we showed them the land when they visited from the assembly, but we have not heard anything,” said Sanusi Ahmed, an acclaimed representative of the community. 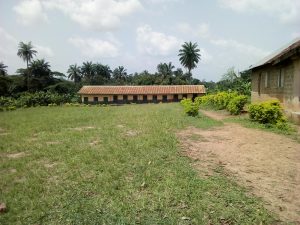 He noted that the visit was made before the 2019 general election, probably politically motivated.

“A primary school is our major need in this community. We hope the government remembers us soon.”

“My child attends a private secondary school in the city area. He goes on Sunday and returns on Friday, because of the distance; there is a boarding facility in the school,” said Monday’s mother who trades in production of cassava flakes.

She explained that not all parents can afford to send their wards to private schools. The other children who are not privileged do not proceed after primary school.

She said she would prefer to have a government-owned secondary school in the village.

Meanwhile, the lawmaker representing Ijebu North local government area at the state house of assembly, Honorable Dare Kadiri in a telephone chat with Platform Times reporter said he was aware of the plight of the Idiagolu people in accessing primary education. He said he had notified the executive about it and was hopeful that the problem would be addressed soon. 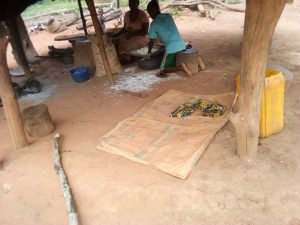 “I made a presentation about it in the house about the community. I am aware and I agree with you that they need a school. The nearest school to the community is about 13km. I am interested in it and we are ready to work on it.

“My own is to make request of what the community wants, and notify the executive, which I have done

“They (the executive) want the community to come with a formal request and they are yet to do that.”

Distance, one of the barriers to universal education coverage

According to the United Nations Children Fund (UNICEF), long distance to school is one of the reasons a lot of children do not go to school, or stop going to school.

The UNICEF’s Monitoring Results for Equity System (MoRES) framework identifies distance to school as one of the ‘barriers’ that either keep children out of school or push out those who have already enrolled. 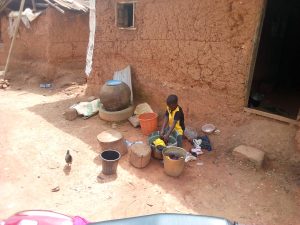 One of the Sustainable Development Goals of the United Nations is to ensure that all children, boys and girls, in the world have access to “free, equitable and quality primary and secondary education”, but this goal seems dim in Nigeria as numerous children, in the south and majorly in the north, do not have access to primary education.

Nigeria is home to most Out-of-school children in the world. According to a 2016 policy paper published by the Institute of Statistics of the United Nations Educational Scientific and Cultural Organisation (UNESCO), 8.7 million Nigerian children were out of school.

UNESCO defines Out-of-School children as those kids who are yet to be enrolled in any formal education excluding pre-primary education. The age range for such category of children is 6-10 years old.

Meanwhile the National Bureau of Statistics, Nigeria’s official agency for dissemination of statistical data, pegged the number of Out-of-School Children in Nigeria at 9.1 million. This is contained in its household survey published in 2017.

I rejected Jonathan, supported Buhari in 2015 because he is not tribalistic – Amaechi

I rejected Jonathan, supported Buhari in 2015 because he is not tribalistic – Amaechi