A lover and player of Volleyball before securing admission into  Moshood Abiola Polytechnic Abeokuta, Adekoya Adesile, a final year student of the department of Computer Science, dreamt of becoming a great Volleyball player, but his dream was not fulfilled due to poor sports facilities on campus.

Adekoya captained his secondary school volleyball team, with the hope of becoming one of the best volleyball player in Nigeria and the world at-large. His dream was however shattered because there was no volleyball team in the school with the court in shambles. 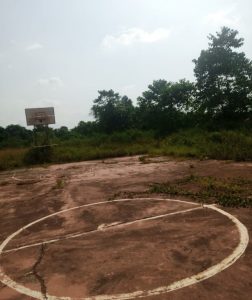 “It actually happen that I started playing volley ball from my senior secondary school, I really love it so much after football. I had to join the school team and train more so as to become the best volleyball player in the school premises, after a year and I was getting to my final year then i badges the captain, at that time I made up my mind to continue a career in volleyball if I gain admission, I played series of competition for my school then. When I gained admission I was happy that I will continue to play volleyball and probably quit football for volley, after getting to school, went to the sport center I saw volley ball court and other sport, the dream faded away.

Adekoya lost interest, passion and love for volleyball after his National Diploma program, when he noticed that it’s only football, the school give priority to.

“I really tried to reach the sport director and ask if I could join the team, but sadly our school never had a volley ball team, and after my ND program, I just had to lose passion for volleyball because there was no way I can actually exhibit my talent in that aspect, all I noticed they do on campus as sport is only football, which actually affected them when they went for NIPOGA in 2019”, he said.

Like Adekoya, a student of Tai Solarin University of Education, Samuel Ejike was a Basketball player, but of lack of equipment and proper training facilities hunt his talent of being the next Lebron James in the world of Basketball.

Samuel was exposed to Basketball at tender age with the hope of helping Nigeria to win Olympic gold medal.

“My passion for Basketball is out of this world, I dreamt of becoming new Lebron James and win Gold Medal for Nigeria at the Olympics one day but, equipment and training facilities here is not encouraging at all. I was one of the best players during my secondary school days with the hope to continue my career when I get to campus but it’s not encouraging here, I lost interest in the game because of what I see here”, he said. 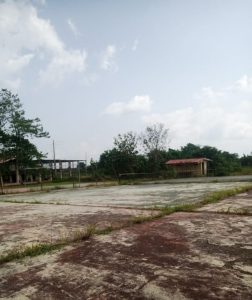 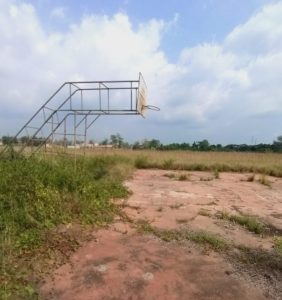 From observation, the plastic seats in the stand of most sports complex are either damaged or completely removed with dirt littered underneath.

Also, the handball, volleyball, basketball, and tennis courts have also been overgrown with weeds, the running tracks and other buildings in the sports facilities are also in disrepair.

It was also observed that the indoor hall where badminton and table tennis and other indoor games are in a cruel conditions, crying for help.

Gateway Tertiary Institution Games (GATIG) was an Olympic organized among schools in Ogun state by the government to discover and develop talents from campuses across the state to represent the state at national sports festival. 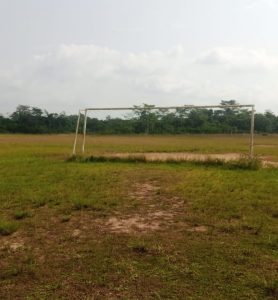 In October, the Ogun state  Commissioner for Youth and Sports,  Dr Oludare Kehinde explained that the  Gateway Tertiary Institution Games, will be backed as part to develop sports in the state.

Oludare gave the assurance in Abeokuta at the Egba Sports Development Initiate Stakeholders Forum, adding that a committee that would drive the initiative had been put in place.

…UNESCO on sports and education
In a report by UNESCO in 1956 titled, ‘The Place of sport in education: a comparative study’ disclosed that  at the primary level, physical education and sport are characterized by the fact that they are everywhere compulsory.

Official documents (regulations, instructions) dealing with the practice of sport at schools and universities, considered either as part of the curriculum or as an activity falling outside it.

The countries which make the widest use of official texts with a view to regulating the practice of sport in schools and universities are, obviously, those which possess a highly result at international competitions.

For example, in countries where sport does not form an integral part of national life and, a fortiori, where it has not long possessed an established place in the education system, recourse to laws and decrees has been necessary in order to render the introduction of sports activities into school programmes compulsory.

The physical education aims at harmonious development of children, mentally and physically, strengthening the children’s health, making the children fond of gymnastics and sports, and making them understand the value of good health and the importance of keeping fit also after leaving school.

…Students speak on their experiences on campus over dilapidated sport centres
Reacting to the poor state of sports facilities on campuses in Ogun state owned tertiary institutions, Students decried over lack of modern equipment and giving priority to only football.

The Sports Director of Tai Solarin University of Education Students Union, Comrade Uthman Abajo, disclosed that no equipment for students to train and Basketball and Volleyball courts are in a bad condition. 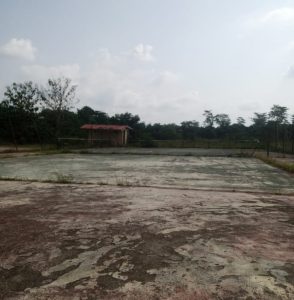 He added that the Sporting activities in the school is poor and lack finance to equip students athletes.

According to him, “Our sporting activities in TASUED is very poor,  when we talked about sports, we based on football here, 80% is on football even with it, is not encouraging as well because we faced challenges in terms of equipment, we can’t produce three balls for a male football team, we only have weak balls, financially we are not equipped. If we wanted to go for competition we will write letters and at the end no response.

“The volleyball and Basketball courts is very bad, no balls, no net, it needed to be repainted, it’s not encouraging, we don’t have full jersey for the school team.

Also the  Sports Director of Abraham Adesanya Polytechnic, Ijebu Igbo, Olaitan Isiah, added that they were unable to Organize sporting Competition due to the Pandemic.

His words, “About sports activities on our campus, we don’t really have much time to organize much sporting activities due to the pandemic,  but we managed to organize a football competition, the field just got back to shape due to the pandemic because their was no one to do the maintenance at those period,  Right now, basketball and volleyball courts are not in place for use”

For Lasilo James, An HND one student of Moshood Abiola Polytechnic disclosed that there are talents that are being killed due to non availability of  sporting facilities on campus

Also at the Gateway Polytechnic, Sapade a student identified as Olushola Samuel said sporting facilities is an eyesore, he said, “Tertiary institutions is used to be the major place where students developed academically and Sporting wise but here, the case is different, the sports Center is not up to standard”

Sports should be included in Academic Curriculum – Expert
The General Manager of Access Bank Lagos City Marathon and three-time Olympian, Dr Yusuf Ali has said that for Nigeria to become power house in sports that sports should be part of academic curriculum.

“For Nigeria to become a world power in athletics, her tertiary institutions must marry sports as part of the universities curriculum like it is done in United State of America” he said

“Tremendously positive. The event was a festival of sports among tertiary institutions in the state,and you know these are where we have huge sports talents. Many of the discoveries went on to represent the state at major national events, some also got  international reckoning” he said

The Veteran sports journalist said further that the state has continued to fail in national competitions since the GATIG Stopped.

His words, “The impact has been disastrous, tragic. The state has continued to nosedive at the national sports festival, there has been general lull in the state’s sports sector with businesses attached to it suffering poor patronage. For the students, there has been a massive reduction in the utilisation of their innate capacity for full expression”