The College of Nigerian Pathologists has said that the Medical and Dental Practitioners Repeal and Re-enactment Bill, 2020 will undo damages done by the old bill.

They are also of the opinion that the Bill when passed will resolve the 17 years crises that have threatened operations within Nigerian laboratories.

There had been rancour and overlapping of duties between medical practitioners – NMA, JOHESU and others over supremacy and provisions of the 33 year old Medical and Dental Practitioners’ Act of 1988.

Speaking at a press conference in Abeokuta, the President, College of Nigerian Pathologists, Prof. Philip Olatunji said the recent threat of an industrial action by the Joint Health Sector Union (JOHESU) was an attempt to blackmail the Senate Committee on Health.

JOHESU had last week threatened an industrial action over public hearing on the Medical and Dental Practitioners’ Repeal and Re-enactment Bill, 2020.

While reacting to the strike threat by JOHESU, Olatunji in support of the NMA position said the bill has only gone through second reading and as such should warrant no industrial action.

Olatunji said the bill will clearly define pathology and laboratory to clear existing conflicts and ambiguity.

He added that the bill will also reduce the conflicts that have rendered laboratories crisis-ridden for 17 years.

Olatunji said, “The current bill has only gone through the first and second reading in the Senate, after the second reading it is sent to the Committee stage, it is at the Committee stage that the public hearing will take place, it was the public hearing that took place at least last week or so that the JOHESU were reacting to, at that public hearing all kinds of people, the Pharmacist, the Medical Lab Scientist were all allowed to make their input, I think there worry is that after making their input, maybe they were not sure they have convinced people because they even wrote paper, all of us sent, we also sent papers.

“This bill still has a long way to go and these people are saying it should be stopped; they are talking about litigation, about some process that has not gone beyond half way. This is a silly aspect of the group.

“The original bill title is ‘Medical and Mental Practitioners Act’ this is the original act not the current bill, the original law is supposed to regulate the practice of Medicine and its specialties and as nothing to do with Radiographer or Medical Lab Scientist, like I said the bill is 33 years old, the bill is being reenacted.

“I have told you that within the last thirty three years a lot has happened, a lot has changed in the world generally and so many other laws have been passed, some of them containing inconsistencies with the Medical Practice Act and so there is an attempt to correct it.

“The law is being repealed and reenacted, the major part of it will still be there only that some amendments and some clarifications as have said will be there and let me read what I wrote here, this is a copy of the bill and exact, not the whole bill because it is plenty.

“It says the medical and dental council should make regulations for the operation of clinical laboratory practice in the field of pathology”. This is in the bill, the original Act, yet the Medical Lab Scientists are saying doctors have no right in the lab. The current bill is just to update the old bill and undo some of the damages done by the use operation and over-lap of the old law.”

JOHESU and the Assembly of Healthcare Professional Associations (AHPA), have threatened to commence a nationwide strike if the Medical and Dental Council of Nigeria (MDCN) Repeal and Re-Enactment Bill, 2020 was not stepped down. 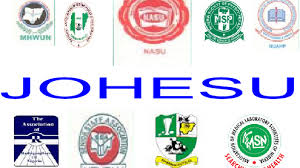 JOHESU National Chairman, Comrade Biobelemoye Josiah, said the document is not in the country’s interest.
He alleged that its main objective was to increase the oppression and discrimination of the MDCN over other health workers.

JOHESU while calling for the step down of the Bill said, “The MDCN Bill Act must limit its scope of regulation to its Medical Doctors and Dentists.” Section 4(9) of the proposed Bill should be completely expunged.”

In the same development, The Nigerian Medical Association (NMA) through the President, Prof. Innocent Ujah had warned allied health professionals, under the aegis of the Joint Health Sector Unions, not to usurp the powers and responsibilities of doctors.

Ujah who described JOHESU as a group of misguided individuals urged the general public and NASS to disregard their ‘dying voice’.

“We appeal to the general public and the National Assembly to ignore the dying voice of the paranoiac JOHESU who have sustained their attacks on Nigerian doctors purely out of jealousy and envy, to get through the backdoor what they could not achieve while in school. 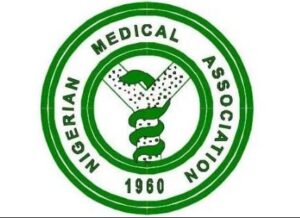 “NMA wishes to invite JOHESU members to join forces with the medical and dental practitioners to improve the health circumstances of our people rather than threatening to go on strike for the wrong reasons at any slightest flimsy excuses.

“Finally, I wish to appeal to governments and good spirited individuals to advise members of JOHESU and their cohort to go to medical school to read medicine or forever leave doctors and the medical profession alone. They should stop expressing their frustration towards a very intelligent group and members of the noble profession of human medicine”, Ujah said in the text of the conference, titled, ‘JOHESU’s outbursts: Time for caution.’

“They are misguided individuals, acting under an amorphous unregistered body unknown to law (and) are hell bent on blackmailing the Senate and particularly the Chairman of its Committee on Health (Senator Ibrahim Oloriegbe) over matters they could not logically advance during the public hearing.”