The Joint Action Civil Society Coalition in Ogun State has called the Nigeria populace to boycott all activities set to mark this year’s Democracy Day on June 12, 2021 in their respective States.

The coalition group made this call on Friday when it embarked on a rally in Abeokuta to mark this National Day of Mourning in remembrance of people that have lost their lives to one crisis or the other across the country.

Speaking on behalf of the coalition group, Barr. Kayode Aderemi said the boycott should be done in protest of the deplorable state of democracy in the country.

Aderemi maintained that this should be done as a way of protesting the mass atrocities reportedly happening across the country.

He  also noted that Buhari’s administration has failed in its responsibilities of providing security for the people as enshrined in S14(2) (b) of the 1999 Constitution as the reason for their call.

Aderemi stated that in the first quarter of the year 2021, the country has recorded an all time quarterly high of almost 2, 000 fatalities from mass atrocities across the country.

The lawyer also said under the Buhari’s administration kidnapping for ransom has assumed an industrial and deadly scale never witnessed on the African Continent and that children an no longer safe in schools .

Aderemi called on the government at all levels to rise up to their constitutional duties to ensure the security and welfare of all Nigerians.

He noted that there is a need to pull the nation back from the path of destruction.

Aderemi also urged President Buhari to end all form of power abuse and sectionalism through his appointments by balancing the need for competence with the federal character principle.

He also advised the president to fulfil his promise of relocating the army headquarters to the Sambisa forest so as to decimate banditry and terrorism in the country. 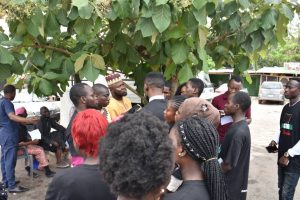 Aderemi on behalf of the coalition however demanded that where the president fails to fulfil his constitutional duties he should either step aside or the National Assembly initiates impeachment proceedings against him on grounds of gross misconduct.

His words, “kidnapping for ransom has assumed an industrial and deadly scale never witnessed on the African continent .Our children are no longer safe in the school and Nigerian citizens and communities are now pauperised by terrorist who extort huge ransom while murdering their hostages .

“In the first quarter to 2021(January to March), we recorded an all-time quarterly high of almost 2000 fatalities from mass atrocities incidents across the country. This week,across the 6 geopolitical zones, there were escalated combustions of violence resulting in even more deaths. 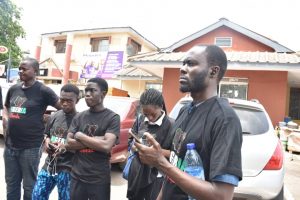 “End impunity for abuse of power and sectionalism through his appointments by balancing the need for competence with the federal character principle. In this way,he will demonstrate that every part of Nigeria matters as sectional appointments appear to fuel sectional violence.

“One of the things the president promised when he came on board in the first place was for instance the relocation of the army headquarters to the Sambisa forest and this is about six years down the line nothing has been done.

“We also demand that where the president fails to fulfill his constitutional duties as stated above,that he steps aside,or that the National Assembly initiates impeachment proceedings against him on grounds of gross misconduct as provided for in section 143 of 1999 constitution of the Federal Republic of Nigeria.

“We again call on Muhammadu Buhari led national government and the state governments to rise up to their constitutional duties as enshrined in S14(2)(b),to ensure the security and welfare of all Nigerians,and pull the nation back from the path of destruction.”

Resign now if you have political ambition, Abiodun tells appointees

I will  not leave office with unpaid salaries like my predecessor, Akeredolu vows

FCT Police Command bans use of knockout, fire-crackers, others