The Panseke multi-million naira bridge built by the immediate-past governor Ibikunle Amosun and  arguably adjudged  the  longest pedestrian bridge in Nigeria  has  been turned to  a refuse dump by  some residents in Abeokuta , the state capital.

PLATFORM TIMES also observed that some other parts of the bridge have become  beggars’ abode who also do their daily business there.

A visit by PLATFORM TIMES reporter to the bridge recently, revealed that the Panseke pedestrian bridge  is also known as  a ‘bridge of confusion’ .

It was observed that many parts of the bridge especially the entry points have become  refuse dumps  looking untidy and unkept. There is also unpleasant odour oozing from the bridge welcoming the users . It was discovered that the development was due to assemblage of heaps of  refuse being dumped on daily basis .The users who had no choice but to use the bridge  always cover their noses  when climbing the bridge. 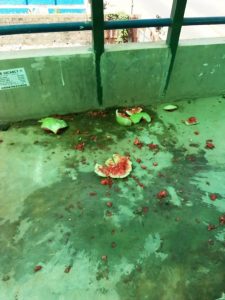 PLATFORM TIMES reporter also discovered that beggars have taken over  the bridge, while some certain spots have been reportedly assigned for them to carry out their begging activities by their chiefs .

PLATFORM TIMES reliably gathered that the  traders  around the bridge were the major culprits that were  reportedly  dumping refuse anywhere around  the bridge  which  has led to unpleasant smell  that rents  the area.

Speaking with one of the pedestrians who pleaded anonymity, he complained that  the Panseke bridge has  become a refuse dump and a home for beggars.

The pedestrian also complained that thieves used to hijack bags from the users  in the night around the bridge.

He said, “I do pass here regularly, most times the bridge always look unkept and dirty whereby you will see beggars sleeping there and littering the whole place with dirt”.

Also, Dare Adeyanju who is a secondary school student  of African Church Grammar School Abeokuta said they used to put on nosemasks to cover their noses due to the unpleasant odour around the bridge. 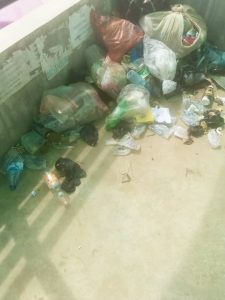 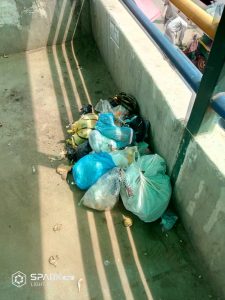 Speaking with another pedestrian, Adeoye Olaloye, she also complained of the bridge looking dirty and unkempt.

“Most time you will see some market women selling their goods which is not proper because the government did not do the bridge for display of goods. 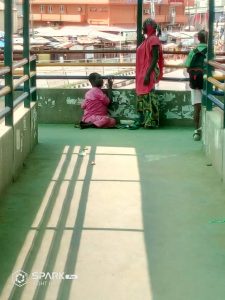 She added, “I don’t think there are cleaners taking good care of the bridge and also the market women didn’t have a particular place to dump their refuse. I think that is the reason they turn the bridge to a refuse dump.”

One of the traders simply identified as Daramola, said the government needs  to provide a refuse dump for them where all their dirt will be kept and get a cleaner that will be keeping the place tidy.

He said, “the beggars have  turned the bridge to a house whereby you will meet them there from  morning till night.

“However, we appeal to our government to get us cleaners that will keep the bridge tidy and the bridge should be under monitor and also provide a refuse dump for the market.”