Come out and be dealt with, Police tell Yoruba Republic agitators

Few hours to the commencement of the much touted proposed mega rally in Lagos State on Saturday, ths State Police Command has threatened to deal ruthlessly with anyone that participate in the rally .

As part of efforts to prepare ahead of the proposed mega rally ,the  Police  and other security agencies, embarked on Show of Force around Lagos State on Friday .

The Police Public Relations Officer in the state , CSP, Olumuyiwa Adejobi said this on Friday in a statement . 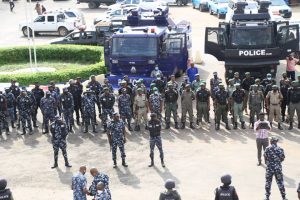 Adejobi in the statement said the command will not tolerate any form of rally in be state .

.the statement read partly “the Lagos State Police Command and other security agencies, today 2nd July, 2021 embarked on Show of Force around Lagos State to confirm their preparedness and commitment to continuous protection of lives and properties of the good people of Lagos State and send a warning signal to the organizers of the said mega rally or any group of persons planning to stage any rally or procession in the state despite the warnings issued during the joint press breifing by the Commissioner of Police, Lagos State, CP Hakeem Odumosu and the Hon Commissioner for Information and Strategy, Lagos State, Mr Gbenga Omotoso on Thursday, 1st July, 2021, at the Press Centre, State Secretariat, Alausa, Ikeja.

“The Command and the Government of Lagos State had warned the organizers of the planned Oodua Republic Mega Rally, scheduled for Saturday, 3rd July, 2021, at Gani Fawehinmi Freedom Park, Ojota, Lagos, to steer clear of Lagos State, considering the available intelligence reports on the planned rally and to forestall any breakdown of law and order. 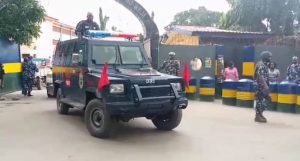 “The Command and other security agencies, including the Nigerian Army, Nigerian Security and Civil Defense Corps, Federal Road Safety Corps and Department of State Services have however put measures in place to prevent any act of lawlessness, oppression and intimidation, of any kind, in the state on the said date, 3rd July, 2021 and beyond as Lagos State can not afford to record and experience the violence orchestrated by some individuals during the 2020 Endsars protest that led to massive destruction of lives and properties in the state.

“The command still reiterated its stance that anyone caught participating or facilitating the so-called mega rally in Lagos State will be dealt with within the ambits of the law.” 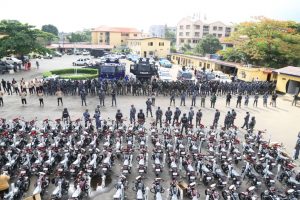