Despite the relocation order given by the Ogun State Government to some residents living around the flood prone areas, the affected residents have refused to heed to the warning of the government.

A visit by PLATFORM TIMES to some of the listed places showed that the residents still live in the houses around the flood prone areas despite the ‘red notice mark’ put on houses to indicate relocation. 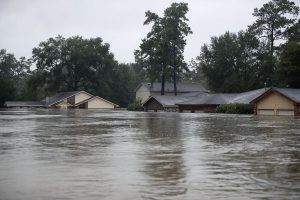 PLATFORM TIMES recalled that the state government had about two weeks ago advised residents in flood prone areas to relocate to safer places as flash floods will take place across the state by July.

The Special Adviser to the state Governor on Environment, Ola Oresanya had quoted the Nigerian Hydrological Service Agency (NIHSA)’s metrological report as predicting that Ogun State will experience flooding this year. 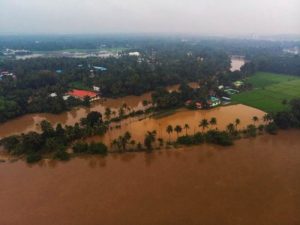 But when PLATFORM TIMES got to some of the listed places in Abeokuta, it was discovered that the residents were unperturbed with the relocation order as they continue to live ‘normal’ lives in their different houses.

PLATFORM TIMES discovered that most of the houses marked for relocation were directly behind a water drainage chanel that passes through Ijeun-Titun to Isale Oja, Amolaso, Sokori and channeled to the popular Ogun River in Akinolugbade area of Abeokuta.

Speaking with some of the residents, they insisted that they are not relocating untill the government provide a place they can stay.

The residents described the order as ‘wickedness’ on the part of the government to ask them to relocate without providing alternative homes.

When asked how they survive during the last downpour, the residents said they used to leave their homes during downpour and only return when they are certain things are back to normal.

“I live here with my wife, the flood is not affecting our homes despite staying directly beside the water channel because the government assisted us in clearing the bridge and since then the water has stopped entering my house

“I am still staying in my house where can I go .The government can do anything they like, but they should be ready tohelp us if truly they want us to relocate.”

Another resident, John David lamented that they don’t have rest of mind whenever there is downpour.

When asked why they refuse to relocate despite knowing the consequence, David said,”I am still staying in this house because there is no money.

“Most of us did not have many houses, but what we use to do is that if the rain is heavy, we will leave here untill it stops.”

Another resident who refused to mention his name but was visibly angry with the relocation order described the government as ‘insensitive’ to the plight of the people.

The resident who claimed to have been living in the house for over 33 years insisted that government cannot force him to relocate from his hard earn property.

He noted that the government must be ready to do the needful before they can give the order that people should relocate because of flood.

When asked how he will survive with his nine children if the flood becomes unbearable, he maintained that he has given his life to God who will always protect him and his family.

He stressed, “the government said we should vacate our house, where did they expect us to go?

“I have been staying in this house for over 33 years. My house was destroyed by the flood last year, the government claimed they will compensate us, only to give me garri, mat, and 2.7 feet mattress.

“As you see this house, 13 people are staying in the house. If the rain falls is God that is guilding us.

“We went to call them to help us to come and clear the river ,when they came they say people are pouring dirt in the river, how many dirt did you see in the river? water will not carry us!

“Since last year that they came here, none of them came back. The Honourable in our area, Adeyemi, I have gone to his office more than four times, the Director of environmental sanitation came to check this place, what is the excuse of government that we can’t see there job.