The local government elections in Ogun state held on Saturday were largely characterised by low turn-out and logistic challenges at the early stage of the excercise in most of the council areas.

There are allegations that members of the ruling All Progressives Congress have taken over some polling units as ad-hoc staff of the Ogun State Independent Electoral Commission in some parts of the state .

PLATFORM TIMES reliably gathered that the withdrawal of the People’s Democratic Party and low strength of the Action Alliance facilitated the alleged rigging   spree. 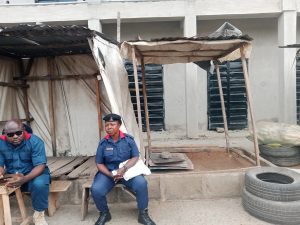 There were allegations of rigging and electoral malpractice at Egbado South and Ewekoro Local Governments . It was gathered that the election processes are being compromised by OGSIEC officials, most of whom were said to be  known APC members.

There were reports that in Ogun East, opposition political parties include Action Alliance and Peoples Democratic Party agents were not allowed to cast their votes while that of APC agents were allowed .

Low turnout of voters from almost all the wards in Ewekoro visited.

It was also gathered that the 10 wards in the council were full of election malpractice. 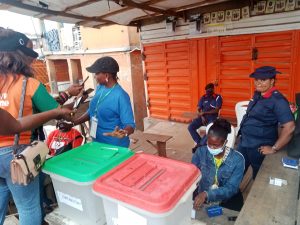 According to a source , in Ebute and Ohunbe Ward, Yewa North local government, only 100 sheet of balot papers were sent by OGSIEC compared to the thousands of registered voters in the areas.

Electorate we’re not able to vote because their names were not found in list… The commissioner for budget and planning(honorable Olabintan olaolu) was there with APC party chairman AKARA.. this happen in ward 1 state hospital Ilaro.

At Orita ward 1 unit 010, in Egbado North ,Ilaro , there was an allegation of open voting system while the security agencies were accused of supporting them. 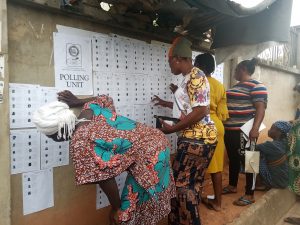 A source told PLATFORM TIMES that
in Pahayi Ilaro ward 1 unit 09, all the electoral officers are APC member.

“At Owode ward 001, 002 Amulekangbo there is misconduct going on multiple voting, voting without cards. 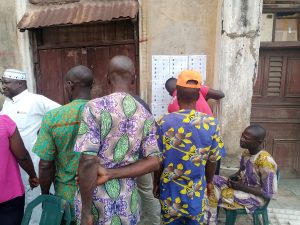 ” Individual member of APC voted more than single time. Majority of the APC members are voting without voters cards in Owode Yewa South.”

PLATFORM TIMES reporter who monitored the exsercise in some parts of the state observed that the elections scheduled to hold between 8.a.m and 2:.p.m did not commence until 11. a.m at most of the polling centres.

Most of the polling units visited at Itoku and Kobiti areas in the Abeokuta South local government as well as Ewekero and Mowe areas of the Obafemi -Owode local government were virtually empty as at10 a.m. 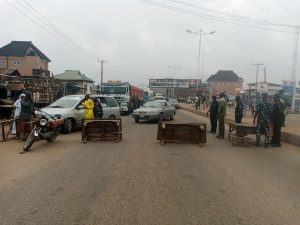 Electoral ofticials were, however, on ground early at some of the polling units at the Obantoko area of the Odeda local government with election materials.

Some electoral officials were, however, seen sitting idle waiting for voters .

Voter apathy also played out in other council areas like the Ado-Odo/Ota and Ikenne council areas inspite of the fact that the electoral officers were on ground.

The excersise was generally peaceful
in all the polling booths inspite of minimal presence of security officials including the Amotekun corps.

The restriction on movement order was enforced ,but, the level of compliance is partial especially Iperu, the hometown of the governor in Ikenne local government.

Residents violated the restriction of movement order of the state government at Iperu as they went about their normal businesses while vehicles moved about unhindered in many parts of the town.

Mr Abdullahi Jabi, an election observer, described the excersise as peaceful and orderly at the various polling booths that he covered across the state

Jabi also confirmed that the excersise was characterised by low turnout.

He, however, stated that there seems to be apathy , saying that the fear of the unknown would not allow some of the voters to come out.

“For the areas we have covered so far, it has been peaceful but there has been clear evidence of apathy.

“You can imagine that in a particular unit of almost 800 registered voters, only about 10 people turned out for votting as at almost noon.

“People are generally losing interest in the council polls and if the situation is not addressed quickly, it will extent into the general elections.

He ascribed the situation to fear of insecurity and lack of faith by the electorate in the state electoral agency.

Police To Deploy Additional 25,000 Officers Ahead Of Lagos Council Polls