Be forthright, Abiodun tells Muslims as they mark Hijrah 1443 A.H

The Ogun state Governor, Prince Dapo Abiodun has commended the organisers of the celebration of the New Islamic Year, Hijrah 1443 A.H. in the state for their thoughtfulness, while encouraging forthrightness in everything they do. 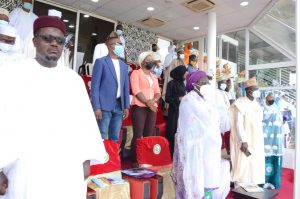 Addressing Islamic faithful who converged on Sunday on M.K.O Abiola Stadium, Kuto, Abeokuta for the Celebration put together by the National Council of Muslim Youth Organisations (NACOMYO), the Governor noted that a new year is a time for reflection and personal reassessment of achievements and shortcomings. 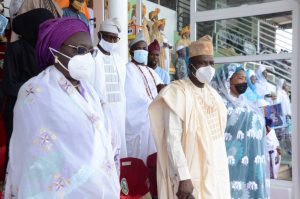 Represented by his Deputy Governor, Engineer Noimot Salako-Oyedele, Abiodun said the current administration has been keeping faith with its promises of focused and qualitative governance in the last two years.

Abiodun called for continuous support, prayers and constructive criticisms from the people, towards the successful implementation of government’s programmes and policies. 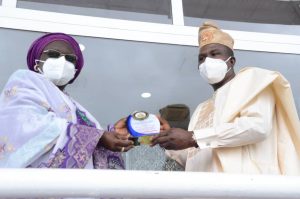 He also advised them to be their brothers keeper by participating actively in ensuring good governance in the state.

Delivering a lecture titled; leadership and security challenges amidst COVID-19 Pandemic in Nigeria: Islamic Perspective, the guest lecturer from Lagos state, Dr Abdikareem Abdllateef explained that life is in turn and stages.

He maintained that leadership must be demonstrated by Integrity and trustworthiness.

Abd’Lateef ,said the problems of the country will solve when the country gets God fearing leaders .

He charged Islamic leaders to be part of the efforts to end insecurity in the country by engaging their followers with moral talks .

The Coordinator of NACOMYO in the state , Dr. Soliu Amolegbe in his welcome speech commended the government on it’s efforts to fight unemployment .

He however lamented that more graduates are still roaming about in search of jobs.

He spoke on the need to allow Muslim females to use hijab in public schools as part of rights to practise their religion .