A retired US Marine,.and vice President of Safety and Security at the Americans Universities of Nigeria, Yola in Adamawa State., Prof. Lionel Von Frederick Rawlins has explained why Nigerians must accept the repentance of Boko Haram insurgents. 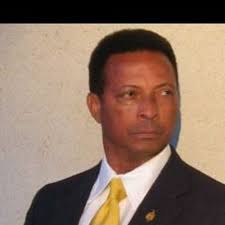 Rawling , a forensic criminologist who retired as a major general in the United State in Marine , said the surrendering of the insurgents was an indicator that the Nigerian troops were getting the upper hand on them .

He spoke on Banditry and Terrorism in Nigeria .

He added that the criminal justice system is not well equipped to try hundreds of Boko Haram memebers .

He said “I am asking you and the listeners, does your criminal Justice system has the capacity to try thousands of repentant Boko-Haram. Did you have the Court set up, Do you have the Judiciary system that can come up with trailing hundreds, or thousands of Boko-Haram repentants ? The answer is no, you dont have it.

“The step “is the only way forward for us to win this war in Nigeria.”

He however lamented that the issue we not being well managed to get the desired results .

He warned that Nigerians should not reject them, saying , young men who were captured under the age of 10 he is now 50, 60, he’s fighting for Boko-Haram.

“What do you do to him, you rejected him, when he wants to surrender, you rejected him? No, you dont reject them because if these people are not theologically driven, they dont care one way or the other about Boko-Haram policy.”