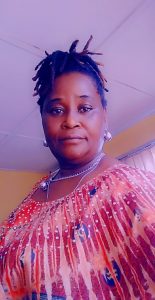 Williams who was a former  Chairperson , National Association of Women Journalists in Ogun State said  the profession was skewed against women .

She spoke during an interactive weekly programme, tagged “THE CHAT ” on Splash 106.7 fm Abeokuta anchored by Head of station , Adegboyega Olaniyi

When asked to advise  women who are either already in the profession or contemplating joining the industry , Williams said “my first advice is, know what you want then, learn to multi task. There is no any big deal to it.

“I will tell you a story, when I became the Chairman of National Association of Women Journalists in Ogun State, I did it for a  reason.

“Did you know that before I took over, a woman that was the Chairman, had nobody to handover to? Women Journalists were not ready to do it.

” I recall that we were in Maiduguri for a delegate conference, two of them just came to me and said , when we get back to Abeokuta, we want you to take over from me.

” Later, I realised that nobody was interested. So, I took up the challenge because one, I wanted my female colleagues to see that there is no big deal to all these things.”

While speaking on the slogan “gentlemen of the press” , the NBC state officer lamented that the culture which favoured men against women made it not easy for women to be visible .

She said unless women woke up and fight for their rights , their male counterpart will continue to  dominate them in the profession .

She however said, things  changed later on,  as women are no longer struggle before they were recognised .

She said “I think I handed over to a senior colleague then, at OGBC..Mrs Jibowo, after then, she handed over, but, you know today, my word is still existing, because, some people or somebody took up the challenge and say no, this domination must go.

“So, any woman that wants to, they will look down on you but, once you let them know that this thing, we live here together and we will all die here together, they will appreciate you on what you have done. So, I think that is it. It is possible, it is doable , we are all gentlemen of the press.”

Speaking on the tendency of women working against their female colleagues  ambitions , Williams advised women journalists to learn how to accommodate themselves .

“Learn to accommodate your other female colleagues,  learn to show them the way, dont hide information, if you have any ideas that will help them, let them know.

“Put them in the know, so that, they will be on better set. When you are no longer there, they can carry on the good work. So, that is just it.”

She said that  some of the radio stations in Abeokuta , women journalists are at the management level .

She said ” I feel okay. ofcourse, I’m happy that aside NAWOJ, other places, they are doing wonderful, they are performing well.

“I think a lady is the head there. Kemi Ewedairo in OGTV , Look at NTA, we have them. The likes of its GM, the Asst. Director News, she’s a very good friend and everywhere, look at Paramount, in fact the current Chairman of NAWOJ is a staff of Paramount Fm.

“All over, you see women Journalists on their own performing wonders. So, is a thing of pride and now 1 consciousness is there. They have seen that to be a member of such an Association, is even good for their personal development as well.”