Speaker of House of Representatives, Femi Gbajabiamila, Ogun state Governor , Dapo Abiodun and the Vice- Chancellor,Ahman Pategi University, Patigi, Kwara state ,Prof. Mahfouz Adedimeji have stressed the significant need to continue to stay together as one entity in Nigeria . 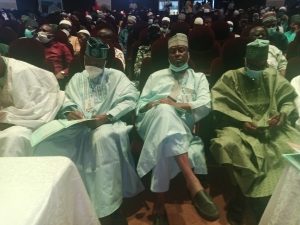 They submitted that calling for disintegration  of the most populous African country, could only worsen the situation of the country, declaring that Nigerians are better off staying together as one nation .

Gbajabiamila in his remarks called for a total re-orientation of national core values, as a way to carve a new agenda for the country. 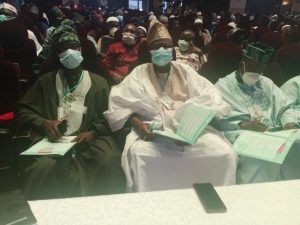 Gbajabiamila spoke shortly after Prof.Adedimeji warned against disintegration of the country  at the 10th annual symposium organised by the Muslims Students’ Society of Nigeria (MSSN), B Zone .

The symposium held on Saturday, at the Olusegun Obasanjo Presidential Library (OOPL), Abeokuta with the theme; “Saving A Nation On the Precipice”.

Gbajabiamila who was the Chairman of the event was represented by a member of House of Representatives from Ifo/Ewekoro constituency ,Ibrahim Isiaka . 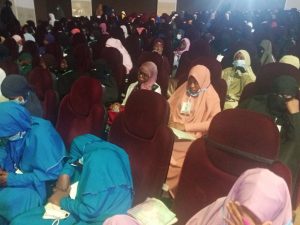 He lauded the MSSN B-zone for the choice of the topic ,stressing that every stakeholder is enjoined to be an advocate of one Nigeria .

Speaking on the topic, ‘Saving the Nation on the precipice: between Re-Federation and Seccessionism’, the guest speaker, historically highlighted issues that have put the country on the brim of collapse.

He maintained that for the country to come out of all seccessionist agitations, there is need to shun religious bigotry, ethnic jingoism, socio-economic inequality, while upholding the cultural values and morals. 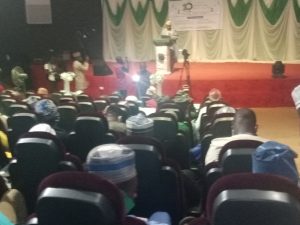 He however declared that Nigeria could not  be greater than Nigerians, therefore it is the responsibility of all citizens to join hands to make the country better and to stir the ship away from the looming iceberg.

“It appears evidently that leadership plays a vital role in making desirable changes happen. There is no doubt that a good leadership across board and purposive commitment to curbing ourselves of religious bigotry, ethnic jingoism, prebendal politics, socio-economic inequality and moral atrophy, Nigeria will still be dancing in the same circle”

“But regardless of the challenges the country may be facing, dismemberment isn’t a solution. This too shall pass”, he stressed. 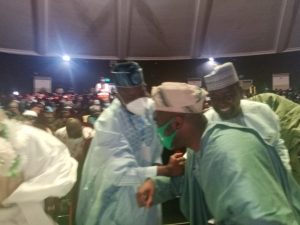 Prof. Sola Olorunyomi of the Institution of African Studies, University of Ibadan in his paper presentation, ‘on all fronts: Facing the fate of a falling Giant’, maintained that the problem facing the country is not an isolated case, therefore citizens should raise above ethnicity to save the giant inbeded in the country.

The Ogun state Governor, Prince Dapo Abiodun, who was represented by his Chief of Staff, Alh. Shuaib Salisu applauds the students society for organising the symposium at a critical time in the history of the country.

He maintained that the discussion about the unity and integration of the all cracks in the country is everyone’s duty, adding that his administration will do all in its powers to support the muslim society.

The Zonal Amir of the society, Quasim Odedeji on the sideline of the event, stated that the symposium became necessary to address the current prevailing issues of national concern.

“We are in a very precarious situation. Insecurity has permeated all nooks and crannies of our nation. Nobody can sleep with their two eyes closed. Incessant killings, farmers-herders crisis, Kidnappings, armed robbery and banditry has become the order of the day.

“It is against this backdrop that we selected the theme, the topic and discussants that are round pegs in round holes to lead today’s discussion”, he added.

Buhari has done well with the visit,says Ohaneze

Buhari has done well with the visit,says Ohaneze