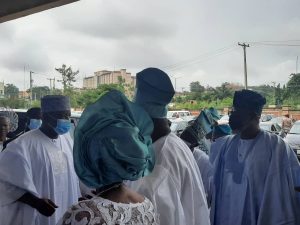 Amosun had governed the state between 2011 and 2019 ,serving eight years of constitutionally stipulated two terms .

The cleric said this on Saturday while delivering a lecture at the Nikkah ceremony of Raheemah Olatayo and Rahman Adesoji in Abeokuta.

PLATFORM TIMES reports that Raheemah Olatayo is the bride and daughter of Ambassador Sarafa Tunji Ishola, the Nigerian High Commissioner to United Kingdom and Baba Adinni of Yoruba land, Edo and Delta States. 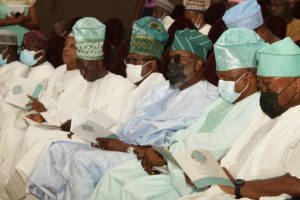 Sheikh Adam Al-Ilory who spoke in the presence of dignataries in the country, commended Amosun for his giant strides and unparalleled achievements at remodeling Ogun State.

He also eulogised the Senator representing Ogun Central for promoting Islam across the country while praying for him to excel in his future endeavors. 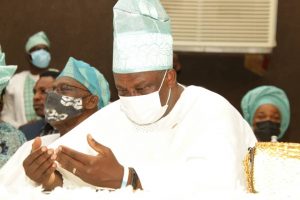 He said “God has not blessed Ogun State with a governor like Amosun before and after his tenure as the governor of the state.

” He is an achiever and we are not surprised at his success because Abeokuta has been the cradle of good things in Nigeria.” 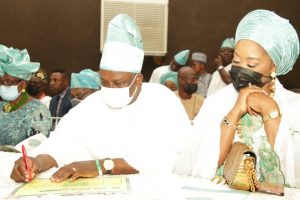 “Talk of Western civilisation, education and religious affairs among others, Abeokuta has always take the lead and we are proud of that.

“I pray that the Almighty Allah continue to bless Amosun’s endeavors in life”, Sheikh Habeebullah concluded.