The Managing Director of the Nigeria Deposit Insurance Corporation, Bello Hassan has attributed failure of banks to the act of entrusted officials saddled to look after those liquidated banks.

Hassan noted that the human element is the greatest culprit in bank failure.

He said this on Monday during official opening of a 3-day capacity building workshop for law enforcement agencies organised by NDIC and held in Abeokuta, Ogun State Capital.

The NDIC boss in his keynote remarks therefore called for the investigation and prosecutions of supervisors or regulators responsible for the liquidation of any banks. 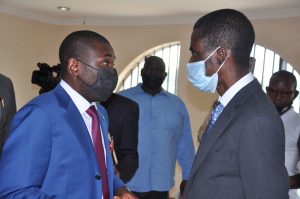 He maintained that the prosecution of culpable bank officials will serve as deterrent to others.

He added, “It is clear that bank failure is not a development that is welcomed by the Corporation.

“It is thus the responsibility of the authorities to ensure that the effect of the action of these culprits is mitigated by bringing such people to book to serve as a deterrent to others. 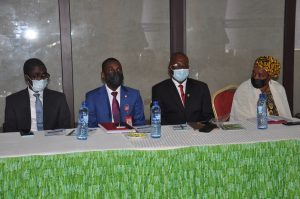 “It is against this background that the regulators/supervisors and the law enforcement agencies must collaborate and ensure that those who contributed to the demise of banks are thoroughly investigated and if found to have some questions to answer, are duly prosecuted in-accordance with the laws of the land.”

Speaking on the essence of the workshop, the NDIC boss explained that 2021 year’s workshop theme: “Effective Investigation and Prosecution of Banking Malpractice in Nigeria” will capture what is expected of the staff of the Corporation as well as the law enforcement agencies in the discharge of one of the responsibilities of holding parties at fault in banking failures, with the aim of sanitizing the banking industry.

He added, “As you are also aware, the investigation and prosecution of failed banks offences is provided for under various legislations such as the NDIC Act, 2006, the Failed Banks Act, 2004, the Banks and Other Financial Institutions Act (BOFIA), 2020 and also under the Companies and Allied Matters Act (CAMA), 2020, among others.

“In the discharge these responsibilities as specified under these laws, the Corporation requires effective collaboration between its staff and the law enforcement agents for the acquisition of relevant knowledge and skills.

“This annual workshop affords the Corporation the opportunity to share ideas with the law enforcement agencies on developments within the banking landscape that will enhance their skills in the discharge of their responsibilities.

“The NDIC Management is indeed very grateful for the cordial relationship that exists between it and the law enforcement agencies and will continue to foster a mutually beneficial relationship in the interest of depositors and financial system stability in general.

“I am confident that the issues that will be discussed during this Workshop, will assist the Corporation as well as the participating law enforcement agencies to come up with new ideas and innovations that would help us in the efficient and effective discharge of our responsibilities.”

Bawa lamented that there different shades of fraudulent activities going on in the Nigeria’s financial institutions, particularly in the banking industry sector.

The EFCC boss who was represented by the Zonal Commandant Lagos, Ahmed Muhammad Ghali said the commission has intensified its engagement with bank executives, more than ever before.

He stressed that the nation cannot afford to go through another crisis in the banking sector.

He further said, “We are aware of the different shades of fraudulent activities going on in our financial institutions, particularly in the banking industry sector.

“In carrying out our mandate of ridding Nigeria of corruption, as mandated by the EFCC Establishment Act, we have realized that there is a slew of corrupt practices going on in the banking sector.”

The EFCC boss however noted that his directive to bankers to declare assets was not to witch-hunt, but a way to sanitize the financial sector.

He further said,”I recall that upon assumption of office, one of the major pronouncements I made was giving a directive to bankers to declare their assets before June 1, 2021.

“I had given the directive genuinely out of sincerity of purpose, knowing the rots that permeate the nation’s banking sector.

“In other words, the directive was born out of efforts to sanitize the banking sector. But it was received with mixed feelings.

“It is obvious that those who kicked (or are still kicking against the directive are ignorant of the unmistakable details of the Bank Employees Declaration of Assets Act.”

“Unlike the claims in some quarters, it is not a witch-hunt; rather, it is part of measures to sanitize the country’s financial institutions.”