National Broadcasting Commission has become “a willing tool” in the hands of the government,says expert

A Professor of Mass Communication at the Lagos State University , Prof. Lai Oso, says the National Broadcasting Commission has become “a willing tool” in the hands of the government. 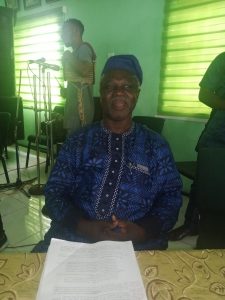 The communication scholar said the NBC “imposes fines and other forms of sanctions on privately owned broadcasting stations as if it was created to take private broadcasting out of business.”

He stated this on Thursday in Abeokuta, at the 7th Waheed Kadiri Lecture titled “The Future Of Journalism And Democracy in Nigeria.” 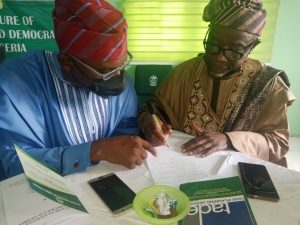 He also said that the draconian policies of President, Major-General Muhammadu Buhari’s administration have placed Nigerian media “under a siege.”

Oso lamented that, the future of journalism and democracy in Nigeria is being threatened by the “authoritarian style of leadership” adopted by Buhari government .

The lecture was organised by the Nigerian Institute of Town Planner (NITP) in honour of a veteran Town planner and former Rector of Moshood Abiola Polytechnic, Waheed Kadiri.

According to Oso, technology, commercialisation and ownership influence have adversely affected the content and influence of the media.

He said “It appears the Nigerian mass media is under state-imposed siege. In order to capture the media and bend reality in the direction of its preferred worldview interests and hegemony, the government is deploying the instruments of the state against the media abs journalists.

“The government seems to have gone back to books of authoritarian press control and national interest, the Buhari administration and the National Assembly have tried on many occasions to enact legislations to muzzle freedom of expression and freedom of the press.

Earlier , speaking as a guest of honor , the Olota of Ota ,Oba Abdul Kabir Obalanlege , lauded the contributions of the host of the lecture .

said he believes it will afford the people the opportunity to know more about town planners .

He added that town planners are to be planning the town which he said is more than that .

In his welcome address, the state chairman ,Nigerian Institute of Town Planners , Philips Akinwale said the lecture series is an avenue to discuss relevant topics .

Akinwale said the NITP decided to honour Kadiri for his contributions to the profession and others .

In his remarks, Kadiri said, the lecture was organised to set agenda for development in the society and to put government on its toes.

Kadiri charged Nigerians to contribute their quotas to national development.

He said “We are all in this together, the people are also part of the governance. We should also claim the right to be part of our governance, we should not always push things to the people in government alone.