Operatives of the Lagos State Police Command have arrested two protesters at the Lekki tollgate where the #EndSARS Memorial Protest is scheduled to hold in the state today.

One of those arrested claimed to be a journalist while the other was seen carrying a placard.

About 30 police trucks and armed personnel are currently at the tollgate to enforce a ban on protests issued by the police command.

A car procession in honour of those believed to have lost their lives at the tollgate when soldiers dispersed #EndSARS protesters on October 20, 2020, is scheduled to hold at the tollgate today. 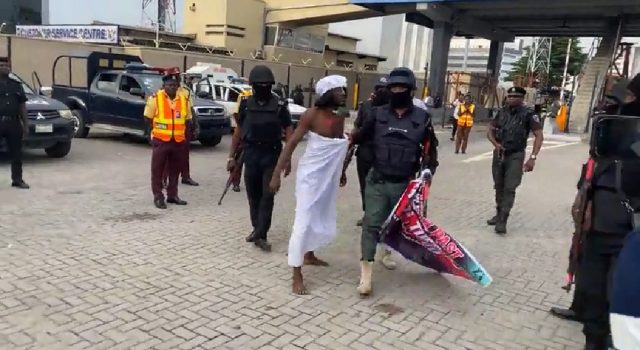 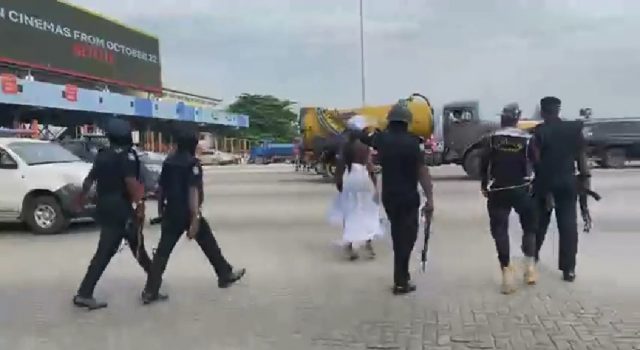 We are hungry, Police cry out over unpaid November salary