“Since I am pregnant, I have never gone for any medical checkup because the only hospital we have here is too far, it is about 15 kilometers away”.

This was the lamentation of an expectant woman who identified herself as Iya Bose.

Iya Bose told this reporter that the health center in Ntoji village in Odeda Local Government area of Ogun state has been abandoned for seven years.

Gesticulating her protruding stomach, the pregnant woman said, residents of the village used to travel about 15 kilometers to Odeda before they could have access to health facilities.

She confided in this reporter that, a long distance to the nearest health center was the main reason she has not been going for antenatal. 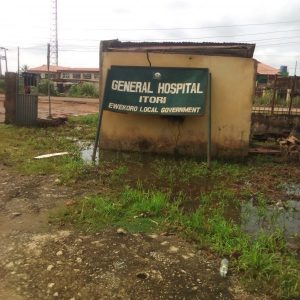 She stressed, “the health center we have in Ntoji is no longer functioning, doctors and nurses are not there; the building is deteriorating.

“We have to travel to Odeda before we can have access to health facilities. It is God that delivers pregnant women in this village”.

Like the abandoned primary health center in Ntoji,  this reporter also has some bitter tales of experience during his visitation to health centers in different parts of Ogun State.

Residents who spoke with this reporter expressed dissatisfaction in the state health sector, calling on Governor Dapo Abiodun to revamp the sector.

The Federal Ministry of Health had enunciated a National Health Financing Policy in 2006. The policy as observed seeks to  promote equity and access to quality and affordable health care, and to ensure a high level of efficiency and accountability in the system through developing a fair and sustainable financing system.

Specifically, the National Health Act establishes the Basic Health Care Provision Fund, which is to be financed from the consolidated revenue of the federation with an amount not less than 1% of its value, and from other sources such as grants by international donor partners. Among government agencies, the Local Government is the main source of financing of Public Health Center service delivery at the facility level.

Health center turns abode for reptiles, insects
The condition of the health center in Toba community of Orile – Itesi , an area in Odeda Local Government is worrisome. PLATFORM TIMES learnt that the Toba health center also serves twenty other villages. But, when this reporter visited the center on May 3, 2021, the facility was under lock and keys. 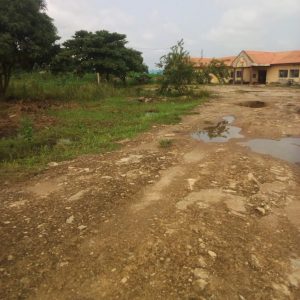 The croak of frogs within the premises of the center could be equated to the sound of a trumpet. From observation, the building has a faded painting, broken windows, rusty iron beds, termite-infested benches and condemned valuables.

Seun Ogunbo, one of the residents who took this reporter round the village, said the health center was built about 10 years ago.

He said the villagers and those from other neighbouring villages used to enjoy the service of a doctor and two nurses. But years later, the doctor stopped coming and then the two nurses followed suit.

“When it was functioning, there were nurses. In fact, they slept here. There were security guards employed for their safety, then about seven years ago, they abandoned it and stopped coming,” Seun said with a depressing tone. 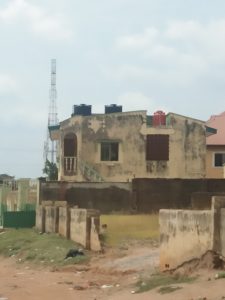 When contacted, the deputy village head identified as Sofoluwe told this reporter that the health workers left the center because the government could not pay for their services.

“We tried and contributed the little we could. Our traditional ruler also supported us but the workers were not satisfied with our offer.

“Some people also came from Odeda local government secretariat to promise us, they promised that we would get a nurse after the 2019 election but, we have not seen any health worker till this moment.

“Politicians are fond of coming to us with series of promises, they have held countless fruitless meetings with us.” Sofoluwe lamented.

Patients buy candle to light ward
Ewekoro local government is believed to be the hub of cement production in Ogun State where Lafarge and Dangote group of companies have been benefiting from its natural resources since 1959.

When this reporter visited the Itori General Hospital, it was observed that the hospital has almost been converted to farmland as its compound was used to cultivate cassava, corn and vegetables.

Sources within the Local Government told this reporter that the hospital suffers shortage of staff.

A resident, Mrs Kolawole who narrated her experience in the hospital said, “The last time my neighbour went there for delivery, it was hell.

“Lack of proper management is also killing the hospital, look at the compound. It may interest you that patients buy candles for the hospital, meanwhile the local government is just about five to seven minutes to the hospital”.

Bats take over health center
Asaa, an area within the Yewa North Local Government Area of the state is one of the communities that is currently suffering from access to health facilities.

This reporter sighted an abandoned health center at the boundary between Asaa and Agbon-Ojodu of Yewa North. 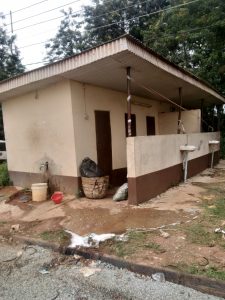 This reporter observed that; there was no single bed in the whole center, the building was about to collapse, the center had open roofing and bats were flying from one point to the other.

The village head, Matthew Akande said “the only health care facility we have in this community is in a dilapidated state. We don’t have access to good health care even during the COVID-19 pandemic.

“We have resorted to self-help in ensuring that the people of our community did not suffer the virus.”

PLATFORM TIMES observed that the health center is fast deteriorating and could collapse suddenly if nothing is done to help the center.

Filthy environment, bad structure, broken windows and faded painting were the narrative of this health center.

A resident who pleaded anonymity told our reporter that there is a shortage of nurses at the health center.

“The day I went there alongside my sister, I was very surprised because I never believed a government hospital could be that worst in this twenty-first century”.

Visitors, patients use bush as toilet
The bush within the premises of General Hospital Ifo has been converted to a toilet for visitors and patients in the hospital.

When this reporter visited the hospital, the general toilets beside the emergency ward were under lock and keys.

This reporter approached one of the members of staff of the hospital.

The hospital staff pointed towards the bush, saying “that is where you’ll use, we do not allow people to use this place (toilet) again”.