The Theater Art and Motion Picture Practitioners Association of Nigeria (TAMPAN), has called on the National Assembly to enact a very strict and strong law to protect the industry from piracy . 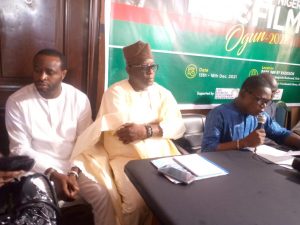 The National President of TAMPAN, Mr Bolaji Amusan popularly called Me. Latin made this call during a press briefing held in Abeokuta, the Ogun State capital,.

.The briefing was held to herald the cmemcement of the association’s 2021 Conference of Nigerian Arts and Films (CONAF). 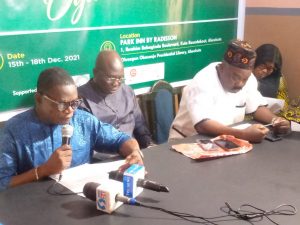 Amusan said the current law against piracy is very weak ,noting that piracy is like cancer that eats deeply into the fabric of creative industry which needs to be killed before it kills the industry.

He lamented that whenever pirates are arrested and taken to court, they would be granted bail at a very rediculous amount, which is not supposed to be so.

The TAMPAN president said the association in collaboration with other Guilds and Associations in entertainment industry is trying to come together to see how they can meet with National Assembly members and seek its help in enacting the law.

His words “I have said it at different fora that the only way for we practitioners to enjoy the fruit of our labour is for the National Assembly to enact a very strict and strong law that will protect us.

“piracy is like cankerworm . It’s like cancer eating deeply into the fabric of the creative industry and if you dont try to kill it, it will kill the industry.

“The current law against piracy is a very weak law, it’s a bailable offence.

The Deputy President, Abiodun Olarewaju, said the programme targets at reviving culture and dying values and also to encourage quality productions by promoting creativity and originality.

Olarenwaju said the association will host 5000 practitioners from all over the world for the three days event slated for 16th- 18th December, 2021 in Abeokuta

40 million Nigerians to get N5,000 monthly transport subsidy from FG

Why I will never beg for smugglers ,says Alake

Police rescue infant, mother, three others from kidnappers in Edo

Dangote Drove Me Home When I Was Born – Davido

Why I will never beg for smugglers ,says Alake