The Chairman of the Riders and Owners of Motorcycle Organisation in Ogun State, Rasaq Sotayo has revealed that the union is currently building a multimillion naira orthopedic hospital. 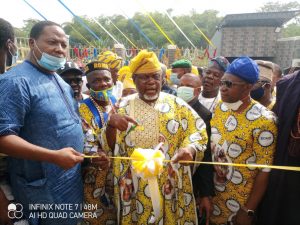 Sotayo who is also known as Solebo said this during the commissioning of the new State Secretariat of ROMO in Abeokuta . 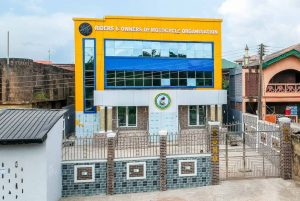 He said the hospital when completed would take care of the treatment of members at subsidized rates.

Sotayo said, the new building would help boost the social economic development of the State as it serves as a revenue generating building.

He added that apart from them contributing to the revenue purse of the State it would also empower youths in the State which will definitely stream down to members of the public.

While commissioning the Secretariat , the speaker of the Ogun State House of
Assembly, Hon. Olakunle Oluomo yesterday insisted that, the government must partner with members of the various transport unions to end insecurity in the State.

Oluomo stressed the need for government to always engage the leadership of transport unions and security agents to curb armed robbery, kidnapping, cultism and other criminal activities in the State.

According to him, continuous engagement of transport unions would help curb the excesses of their members thereby engendering peace in the State.

Oluomo “We will continue to engage them. When people have stayed at home for a long time they result to riding motor bikes, a lot of things will be coming up, but we are trying to do is engage them through this type of organisation.

“We will keep engaging them and enlighten them and encourage them to do the thing the best way they are supposed to do it and that is why I will always give to this present government for giving them the enabling environment to thrive in the transport business”.

He added that “This signifies the empowerment this government embark upon when we came on board.

“ROMO as you can see is one of the motorcycle organisations that we have in Ogun State and we are able to accommodate a lot of youths that would have been roaming about the street and causing a lot of havoc.

“People misinterpreted what we are doing, they are an organisation at the same time agents of government in getting tax into the purse of the government, they are using their position to coordinate the activities of motorcycle riders in the State, for security reasons we can monitor their coming in and going out, we also using the opportunity to empower the youths as well.

“You can see an organisation that started two or three years ago, see what they have put in place and apart from this they are doing this in other local government and when you listen to me very well.

“I ask them now that having achieved this, they should go into further empowerment of their members at the branch and unit level, with that done it will have a very good effect on the economic and social economic advancement of our State and individuals”.