Some public schools in Ogun state are making business out of the juvenile undertaking forms as the state government ordered the students and their parents to sign. 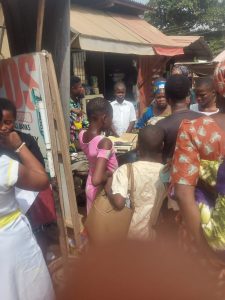 PLATFORM TIMES’s visit to some schools in the state revealed how the extortion was carried out. 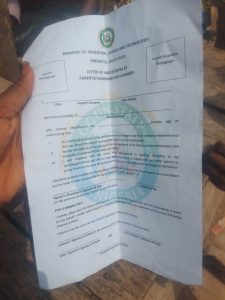 PLATFORM TIMES learnt that the school management were selling the forms to the parents and their wards — a form for the ward and one for parent.

It was learnt that the free forms were sold to the parents at N50, N100 or N200 depending on the price tag of the school and the place of purchase. 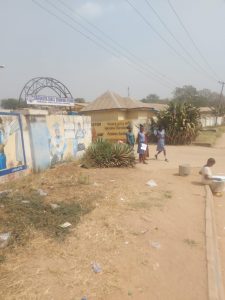 It was also learnt that parents were directed by school authorities to cafeteria to buy photocopies of the forms. 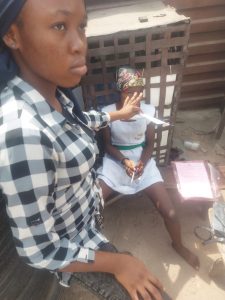 At Abeokuta Girls’ Grammar School (AGGS), a parent told our reporter that on Tuesday when the registration started, the forms were free.

She further said but today (Friday), they’re selling it to us ..

She said: “We bought the form. Yes. It is supposed to be given to us for free. It’s in all schools. They’ll find their way to survive too, you know.”

She added: “When the forms were first brought to the school on Tuesday, it was free till Thursday. All those who came got it for free. But today, Friday, they’re selling it for N200 for the juniors and N100 for the seniors.”

She stated that the school now redirect them to a cafeteria to get the forms.

“Now, the school is not giving it to us but directed us to a cafeteria outside the school.”

Another parent at the AGGS said when she called a teacher to make enquiry, she was told that she was to buy it.

Expressing her surprise, she said: “When I called Master, that was what he told me (that I will buy it). It is not in the school anymore. Some are doing photocopies of it.”

Our reporter saw students crowding at a cybercafe either to make purchase of the forms or for a passport shot.

It was learnt that to get the forms, one needs to go to the principal’s office where N50 payment will be made.

It was gathered that the copies of the forms done outside cost N100.

A student of Afrogram said: “Go to the principal’s office if you want to buy it. You’ll need two and they’ll sell them to you for N50.

“But at the cafe where they’ve done the photocopies, it is N100.”

Displaying the forms, the student said: “After filling it, you’ll then submit it to the class governor.”

Parents from Asero High School told the same narrative that they are buying the forms for N50.

However, further findings revealed that at Lisabi Grammar School, the price is outrageous .

A parent confided that the school management was selling the forms for N200.

She said, “The information we got was that parents should accompany their children to their various schools to sign an undertaken form so as to ensure that the juvenile delinquencies displayed by some students in some public schools would be curbed and the form is free.

“But reverse is the case when I followed my child to Asero high school in compliance with the directives of the state government.

“I paid N100 for mine and my child’s form. The school has turned undertaken form to a commodity.”

Meanwhile , the trader that was handed over the forms to by Lisabi Grammar School management harassed a popular Yoruba presenter ,Mrs Ibiyemi Ajadi for questioning the propriety of the action .

Mrs Ajadi popularly called Iyq Ajadi was abused for cautioning the woman from continuing selling the forms that were meant for free .

Speaking with PLATFORM TIMES ,the broadcaster lamented that she was irked by the high level of corruption being perpetrated by the schools authorities through the traders .

She said her attempt to cautioning the trader from selling the forms was met with hostile reaction by the woman who was besieged by the helpless students .

I would have had 12 children –Adeboye