The National President of Freelance and Independent Broadcasters Association of Nigeria(FIBAN), Desmond Nwachukwu has directed his members to celebrate King Wasiu Ayinde Anifowoshe Marshall on the occasion of his 65th birthday. 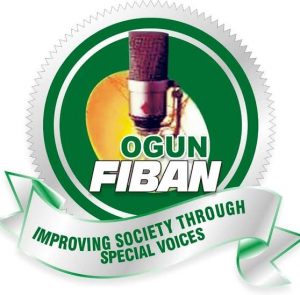 The directive was contained in an internal memo obtained by our correspondent and addressed to all National Officers, members of the Board of Trustees and Chairmen of Chapters.

PLATFORM TIMES gathered that Wasiu Ayinde Marshall who is also the Mayegun of Yorubaland will be 65 years old on the 3rd of March,2022 and was recently decorated as The Doyen of Fuji Music at an event tagged Time Out With the Broadcasters organised by the association.

Nwachukwu recalled that the relationship between the association and the Fuji Maestro began on a rough note, he however confirmed that an enduring bond has since been established and consolidated at the Time Out With the Broadcasters where Ayinde “removed all the doubts about his personality especially that part that saw his no-nonsense orientation misconstrued for arrogance, and subsequently overshadow his kindheartedness, Philanthropic gestures and amiable nature”.

The memo further read in part, “You may further recall that the clarifications we obtained prompted us to name the Radio Studio at the College of Broadcasting after him, along with the association’s prestigious award tagged, The Doyen of Fuji Music.

“Mayegun has attracted so much laurels and honour to our dear country even as he has painstakingly promoted Yoruba and indeed the Africa Cultural Heritage in the last five decades. Aside the above, on his own volition, he set aside 30th Day of Every November as FIBAN DAY. All these, among many others, no doubt requires that we join the world in celebrating this living legend”.

Describing Ayinde as a Unique Enigma and a living legend, the President directed that the celebration should take place from the 1st to the 5th of March, 2022 with full compliance to the broadcast code.

One Injured As Traders Struggle For Abiodun’s Aide N1,000 Largesse During Declaration For Governorship