What I want To Be Remembered For As FPI Rector, Says Dr. Aluko

The Rector of the Federal Polytechnic, Ilaro, Ogun state, Dr Segun Aluko has said that he wants to be remembered as. a disciplined Rector that turned around the institution within the eight years of his administration. 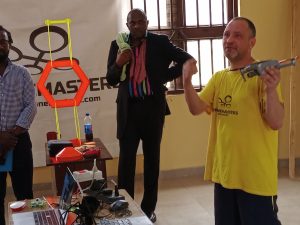 Aluko said he would be leaving behind a legacy that would linger in the memory of the staff and students of the institution . 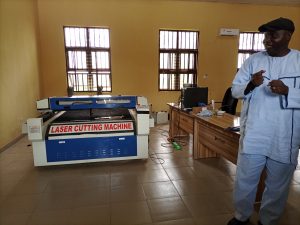 The Rector disclosed this on Monday during a press briefing held as part of the 20th combined convocation ceremonies .

He said “legacy, what i want to be remembered for is a very difficult one but I’m very sure that the polytechnic will remember that one disciplined Rector passed through this place.

“The student will not forget, the staff also will remember that during the time of Aluko that there is discipline on this campus and that’s what i want to be remembered for.

“My tenure produced 43 PhD holders and we have 74 programmes including the new 34 programmes .

“Ventilator, yes we made two ventilators, we made the first one after subjecting it to a lot of critical analysis and test, we made an improvement on it, which we exhibited at the presidential panel of COVID-19 and at that point they promised to link us with industry so that we can see how we can work together with them and see how we can mass produce and that’s where it ended up till now.”

Aluko said the polytechic could not hold 2021/2020 convocation ceremony last year due to the COVID-19 which facilitated the policy of social distancing that led to the suspension of the ceremony .

He however said the institution decided to combine the two ceremonies which would hold Wednesday, March 30.

He said the ceremonies would be the last official event his administration would supervise since almost eight years when he assumed the office as Rector of the institution .

The Rector however said other graduates got upper credit ,lower and pass grades in both HND and OND programmes .

Aluko said his very seven years tenure has produced 43 PhD holders while additional 34 programmes have been accredited ,making the total of 74 programmes .

The Rector added that school had invented two ventilation and was on the verge of innovating cement technology that would gulp N220 million .

Obadara To Tinubu : You Are A Rare Blessing To Humanity