Members of the All Progressive Congress in Oke-Ogun community in the Abeokuta North Local Government of Ogun State have kicked off electoral campaigns for the re-election of Governor Dapo Abiodun.

The four ward Chairmen, Councilors, Local Government appointees , Party executives and Leaders of the party in the community unanimously promised their loyalty and allegiance to ensure the re-election of Governor Abiodun. 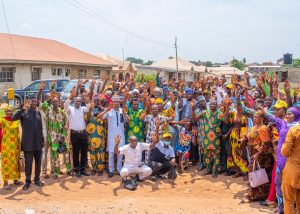 Addressing party faithful, Ifekayode Akinbode, the APC Community Chairman in Oke-Ogun, urged residents of the state, to support the re-election of Governor Abiodun for continuity of the development of the state economy.

“We have only endorsed Governor Dapo Abiodun for second term and we have promised our loyalty and allegiance to him so that he can be re-elected in 2023 to 2027. Anybody who is aspiring in Oke Ogun should come forward and by the time the entire leaders decide we would know who we will follow at the appropriate time”.

Akinbode who is the Consultant to the Governor on Media said the community was satisfied and convinced by the performance of the governor since he assumed office in 2019. 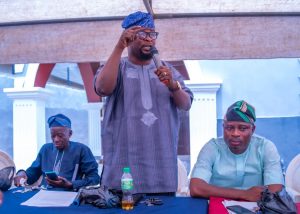 But Akinbode while speaking with the party members urged, aggrieved members of the party in the community to submit their grieviances to the party secretariat rather than protesting.

“I do not believe in allegations that are not substansiated. I have appealed to them that they should retrace their steps , if at all they have any grieviances they should bring it up”. 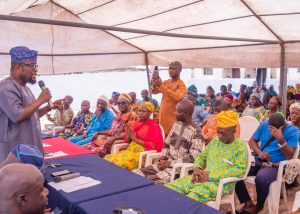 Leaders of the party however affirmed Akinbode as the party chairman in the community.

This was stated in a letter addressed to the State Chairman of the APC in Ogun State, Yemi Sanusi.

The letter which was obtained by PLATFORMTIMES was duly signed by the ward Chairmen, Councilors, Local Government appointees , Party executives and Leaders of the party in the community.

The letter partly reads “Prince Ifekayode Akinbode has been unanimously chosen due to his pedigree being an indigene of Oke Ogun Community and also the highest political office holder from the community.

“We therefore I, write to inform you that anything that has to do with Oke Ogun Community be directed to him henceforth”.

Ogun: My Guber ambition would be decided by APC NWC – Akinlade

Ogun: My Guber ambition would be decided by APC NWC - Akinlade