The talented singer, Habeeb Okikiola better known as Portable was seen taking to his heels as soon as he grabbed a a bundle of cash from a BBNaija winner and a billionaire ,E-Money at AY Live . 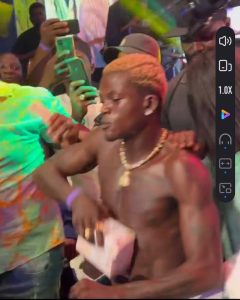 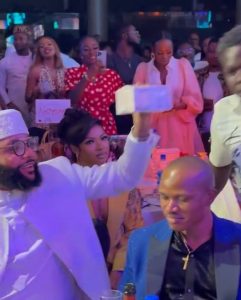 It was further gathered that Zazuu Zeh crooner, Portable who has always been trending on social media since the release of his hit song was among celebrities who performed at the star-studded AY Live and thrilled fans to awesome experience at the show.

Portable upon receiving the cash took to his heels to avoid “ripping”.

A source in the party said “one of the moment was when Billionaire E-money gifts singer Portable a bundle of cash while performing and upon receiving the cash Portable takes to the heels to avoid “ripping”.

SHOCKER ! 15 year-Old Boy Caught Trying To Lodge In A Hotel With Two Girls

MAPOLY Road Has Been Under Construction For Over 15-year, Traders , Students, Residents Lament.