According to an American revolutionary, statesman and Founding Father of the United States, Alexander Hamilton, “If you don’t stand for something, you will fall for anything”.

It is in the light of that truism that, I, Sefiu Alao Adekunle, has decided to declare where I stand at this critical time of our nation, Nigeria. And I am not going to be talking as just a popular Fuji musician but more so, as a concerned citizen of this great country. Because, as 2023 Presidential Election draws closer, it is pertinent for some of us who have been in the public glare for many years, to let our people know where we stand. 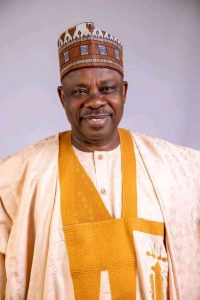 Hence, at this juncture, I want to say unequivocally that, the best man for the job of Nigeria’s President after the expiration of the tenure of President Muhammadu Buhari in 2023, is no other person than a former two term Governor of Ogun State and currently, the Senator representing Ogun Central at the Red Chamber in Abuja, Senator Ibikunle Amosun. And this is not because he is an Abeokuta, Ogun State born and bred personality like me; it goes far beyond that. The truth is, as an artiste who has been in the limelight for many years, I have seen many politicians occupy the office of the Governor in Ogun State where I have lived since my childhood days. While I have had the rare opportunity to interact closely with many of them, none has demonstrated the capacity to use the resources available to them to better the lot of the people better than Amosun. I say that with all sense of responsibility. 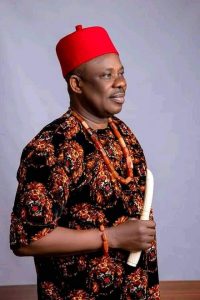 And, I am not just talking about the democratically elected Governors of the state alone, but including most of the Military Administrators that have governed Ogun State in the time past. As a matter of fact, even Amosun’s political adversaries would commend the large scale infrastructural development that he brought to the Gateway State as Ogun State is otherwise known, from the beginning to the end of his reign as the Governor. No one has come close to that feat till date. After all, his legacies are all over the state for everyone to see. And I have no doubt in my mind that, if such a man takes over the mantle of leadership at the Federal level, he would certainly engineer similar infrastructural development across the nation. 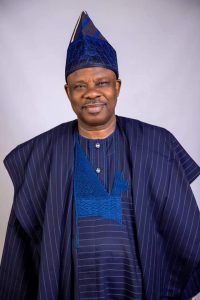 Just like people would always refer to late Chief Obafemi Awolowo and his legacies, it is the same way that Amosun has always strived to be remembered for good legacies in his political dealings. And that progressive stance is part of what is said to be the bane of his problem with some of the
political associates that were close to him, but believed in pillaging the commonwealth of the people rather than use same for common good. It is therefore, on record that, while he was in power as the Governor of Ogun State, Amosun had the presence of mind that, he would be the one to blame or to be praised, ultimately, for all the things he did in office, at the end of his tenure, so he ensured that he was fully in charge, all through. 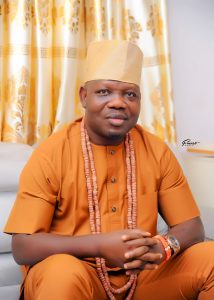 Even most of the people who fell out with him due to his pragmatic style of governance later went back to reconcile with him when they began to see result of his actions as the Governor of the state. And as someone with forgiving spirit, Amosun accepted all those who went back to him in good faith. So, there is no question about Amosun having independent mind, and the willingness to do what he believes is right at every point in time. He puts the generality of the people at the centre of his actions, and not just the privileged few who are working with him. And that is the kind of man Nigeria needs, going forward.

Nigeria does not need a show man, but a man of action who is committed to bettering the lot of his people at all times. And that is why Amosun is one former Governor of Ogun State who can still walk long distance amongst the people at different parts of the state without anyone booing him. They would rather praise him for his lofty performance while in office. So, if such a politician with common touch is allowed to take over as the next President of Nigeria, it can be taken for granted that he would deliver more than the expectations of the populace.

Hence, without any shred of doubt, the performance of Amosun in terms of infrastructural development, security, healthcare, education and human capital development in Ogun State are signals to the fact that, he is a man on a mission to take Nigeria to the path of progress and prosperity if he becomes the President. And I am saying that with all sense of sincerity, as a musician that has interacted with all manners of politicians in the course of doing my job too. I only hope his party, the All Progressives Congress, APC, would give him their ticket to fly the flag of their party at the General Elections in 2023. Amosun is no doubt, the best man for the job.