Prominent Christian and Islamic leaders in Ogun state have advised that merit be considered over religious regional, and tribal diversities in selecting the next Nigerian Vice-president come 2023. 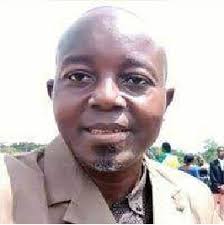 Upon the victory of Bola Ahmed Tinubu as the flag bearer of the All Progressives Congress(APC), Atiku Abubakar of the People’s Democratic Party (PDP), and Peter Obi of the Labour Party (LP), there has been a heightened interest by politicians and Nigerians on whom would be their running mates.

Recall that the National Secretary of Christian Association of Nigeria, Joseph Daramola, emphasized the importance of religious balancing in a statement released on Sunday, saying, “a balance of religious representation on the presidential tickets of the major parties is imperative”.

The general Overseer of the Victory Life Bible Church, Reverend Lawrence Achudume, in an interview with PLATFORM TIMES in Abeokuta described Muslim-Muslim ticket as contemptuous and a total disregard for Christians.
Achudume also condemned the move saying it is a show of political illiteracy in the geographical landscape called Nigeria.

He said, “Any Christian cannot accept a Muslim-Muslim ticket in a nation where the president, military, and police forces are believed to be giving overt protection to the militants and herdsmen. It will be against the administrative common sense in Nigeria to do so.”
Achudume also mentioned that Nigeria’s present situation cannot be compared to the Abiola/Kingibe Muslim-Muslim ticket that was run 29 years ago, noting that the incident gave birth to the June 12 democracy day.

He said, “except you don’t have a calendar or history of time, because this nation is more divided now than ever, the two times are different.”

The cleric also advised that what is needed is a Nigerian vice-president that is not a tribal, regional, ethnic, or religious big.

He added that Nigeria needs a man who will govern as, a Nigerian without recourse to his religion or ethnicity.

In the same vein, the Imam of the Federal University of Agriculture, Abeokuta (FUNAAB), Professor Idris Ayinde, during a phone conversation with PLATFORM TIMES reiterated that merit should be considered over religion.

“It means one may be religious in Nigeria and may not be righteous so if we are talking about righteousness in picking a candidate, I will choose merit over religion in selecting any candidate to run for any elective position.

“Religion can be used to cause problems so any presidential candidate should prevent this crisis.

“My advice is to ensure religious balance as the Christians are also part of the electorate. I will ordinarily advise the chosen presidential aspirants to as much as possible look for their running mates within other religions to promote peace and increase the confidence of the religious adherents of other faiths.” Ayinde advised.

ASUU strike: NLC Urges FG To Be Sincere To Negotiate With Unions

ASUU strike: NLC Urges FG To Be Sincere To Negotiate With Unions