The Nigerian Bar Association, Ilaro Branch (NBA Ilaro) has elected new executives to run its affairs for the next two years. 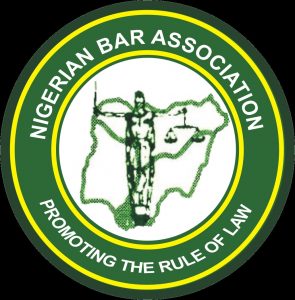 PLATFORM TIMES gathered that the election which was peaceful was organised and conducted by the Electoral Committee of the NBA, Ilaro Branch ( ECNBA-I), led by Chief L.O. Ogunleye, as Chairman and T.S Samu as Secretary respectively.

The election which held on Friday, 24 June 2022 at the Branch Secretariat in Ilaro, Ogun State, produced these following members who were duly elected.

According the statement by the electoral committee ,the new chairman in his acceptance speech, promised to lead the branch to a greater height and to uphold the NBA Constitution and Bye Laws by implementing programmes that would bring developmental impacts on the branch.

“The new chairman (Chief Talabi) further canvassed the support of members for the success of the new administration, adding that it would consolidate on the achievements of the past and outgoing administration of Mr. Ayodele Omoniyi.

“The date for swearing in and inauguration ceremony would be communicated to members in due course,” the statement read .

Why I Fought With Touts In Ilaro, My Hometow, Says Nollywood Actor, Ogogo

Why I Fought With Touts In Ilaro, My Hometow, Says Nollywood Actor, Ogogo