Presently , the premises of the Olusegun Obasanjo Presidential Library in Abeokuta have been turned to a political ground by the supporters of the All Progressives Congress. 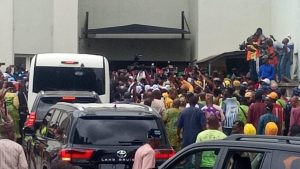 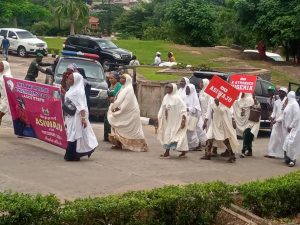 The development heralded the visit of Tinubu who later arrived the Penthouse in his chopper at 1pm . 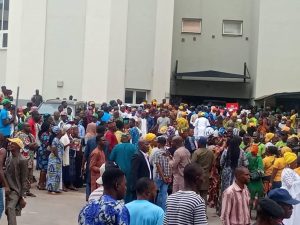 Tinubu was received by the state Governor, Dapo Abiodun, former Governors of the state , Gbenga Daniel and Segun Osoba and other Ogun government functionaries. 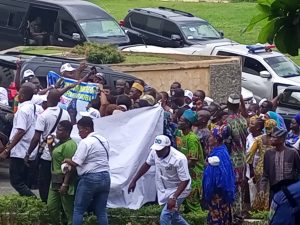 Those on the entourage of Tinubu include ; speaker of House of Representatives , Femi Gbajabiamila ; former National Chairman of the APC, Bisi Akande and former Chairman, Economic and Financial Crimes Commission among others .

Tinubu, upon his arrival went straight into one of the rooms of the former president and held a meeting .

PLATFORM TIMES gathered that before the meeting on Wednesday, both Tinubu and Obasanjo had not been seen together since 2015 until when he escorted the then APC candidate president Muhammadu Buhari to Obasanjo’s residence.

He was also at the 78th birthday of the former President held at Abeokuta in March, 2015.

The two of them have since kept their distances as Obasanjo withdrew his support for Buhari and the APC, which he supported to power by tearing his card as a member of the Peoples Democratic Party (PDP).