At 31: My Administration Committed To Abia Rebuilding, Others —Ikpeazu

Abia State Governor, Dr Okezie Ikpeazu, has called on the people of the state to identify with the efforts of his administration and other well-meaning people in the state to rebuild the state for the general good. 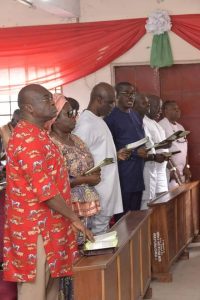 Ikpeazu said that to rebuild Abia, it must involve all critical stakeholders and entire peope of the state irrespective of political leanings and ethnicity. 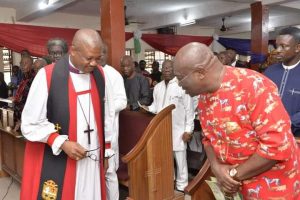 Ikpeazu made the call while speaking during a special Thanksgiving service to mark the 31st Anniversary of the creation of Abia State held at St. Stephen’s Anglican Cathedral, Umuahia, the state capital on Sunday. 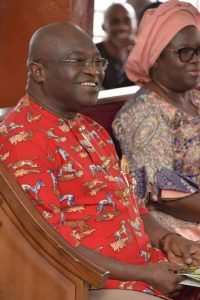 Recall that the military administration of Retired Major General Badamosi Babaginda had on 27th of August 1991 created Abia from old Imo state. 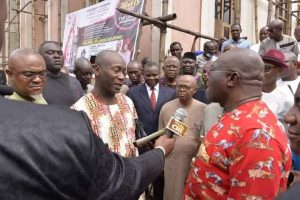 Continuing, Governor Ikpeazu used the opportunity to inform the people of the state that by December, he would be commissioning the Garment Factory in Aba which , when added to ENASCO would make it two industries his administration will be delivering to the state. 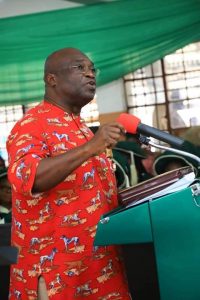 The Abia Chief Executive equally informed the people of the state that he would be remembered as the Governor that provided the state with a 30 Year Long Term Development Plan, Osisioma Interchange, Master Plan for Aba,Umuahia and Ohafia among other projects when he leaves office.

Dr Ikpeazu who doubled as the Vice Chairman of Peoples Democratic Party Governors Forum, expressed immense gratitude to almighty God for the prevailing peace and security in the State and also described peace and security as his greatest achievements in the last seven years of his administration.

He said the government could not have succeeded in this area without the sustained prayers of the church and urged it not to relent.

Ikpeazu also maintained that at 31 years, there is good reason to thank God for his bountiful blessings to Abia State for which he remains eternally grateful to God.

He, therefore, reiterated that he will not be distracted from the assignment of rebuilding Abia State for economic and Infrastructural greatness.

He said “I will not be distracted from the assignment of rebuilding Abia state”.

Earlier in his sermon, the Anglican Bishop of Umuahia Diocese, Rt. Rev. Dr. Geoffrey Ibeabuchi said if Abia must be good, everyone must watch and pray as well as be committed to bringing transformation and positive change.

Bishop Ibeabuchi who spoke on the topic: Watchman Over The Land” and took his text from Ezekiel 33 verse 7 described everyone as a watchman in his office or community and challenged all to be responsive.

While pointing out that Abia has remained the most peaceful State inspite of all challenges, Bishop Ibeabuchi thanked God for his faithfulness to Abia State in the last 31 years and prayed God to bless Abia State and her leaders.

ASUU Embarks On ‘Total And Indefinite’ Extension, Says Strike Is ‘To Save Public Universities’,

ASUU Embarks On ‘Total And Indefinite’ Extension, Says Strike Is ‘To Save Public Universities’,