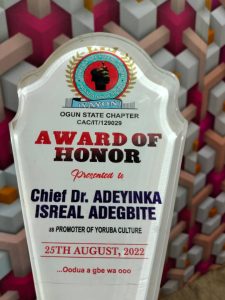 The group said that the awardee deserved the award because of his commitment and efforts toward the promotion of Yoruba culture and values.

Speaking at the event, the coordinator of the group, Daniel Sodeinde explained that the Yoruba Afenifere Youth of Nigeria is a legally registered organization from Ile-Ife, adding that Ọọni of life is the Patron.

PLATFORM TIMES reports that the presentation of the award was held at the organization guest hall of Omo-Baba-Tisa media network. 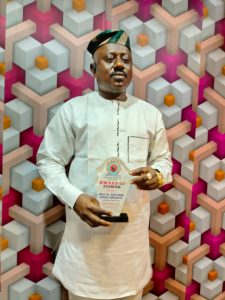 Sodeinde also disclosed that the association was given the mandate to get 20 important personalities in each state, saying, OMO-BABA-TISA is the fourth person they are presenting the award to in Ogun state.

He said further that special Adviser to the governor on Agriculture is one of the Awardees.

The Coordinator also noted that the Ọọni of Ife will meet with the Awardee before the end of the year for an explanation of what is expected of them. 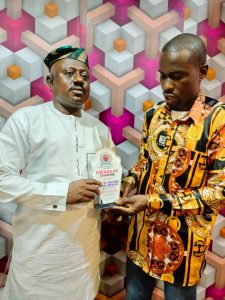 While presenting the award to the broadcaster, Sodeinde described Omo Baba Tisa as a unique man, saying that he has been a good ambassador of Yoruba culture and values.

He maintained that the broadcaster’s commitment to the preservation of cherished values of Yoruba is second to none.

According to him, in a bid to ensure the sustainability of one of our major core values, which is to continue to encourage the efforts of people who promote Yoruba culture. We the entire Yoruba Afenifere Youth Organisation of Nigeria, a worldwide recognized youth today honored Omo Baba Tisa with an award of excellence tagged “promoter of Yoruba culture and values”

While expressing his profound gratitude for the recognition, Dr.Adegbite  advised the group to keep waxing stronger and praying that the Yoruba land will get to her promised land.

The awardee appreciated the honour, saying that this will encourage him to do more.

He promised to work with the Yoruba group to ensure the sustainability of Yoruba culture the d values.