The governor of the state, Dapo Abiodunh has  assured  the indigens of the Ago-Iwoye in the Ijebu-North Local government area of the state .

The governor said this at the ceremony of N500 Million fund raising for Community Development Projects, organised by Great Thinkers Trust Foundation (AIGTT), in Ijebu-North Local Government of Ogun state. 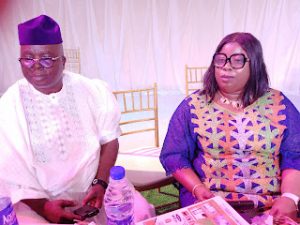 Abiodun who was represented by the Secretary to the State Government (SSG), Tokunbo Talabi said his
administration’s support by bringing more developmental projects to Ago-Iwoye communities. 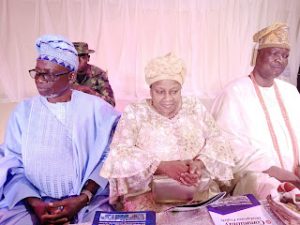 He lauded the initiative, stating that the Ago-Iwoye indigens have alluded to the fact that government alone cannot bring about development in the state.

He said “Ago Iwoye people have taken a giant step to take their destiny in their hands. You don’t leave everything to government and I believe that this initiative will be something that other neighborhoods will look into.

“When you have project like this, it doesn’t rob you of the fact that you are entitled to certain projects and when you are talking about development, development can come from both the government, the indigenes and even from outsiders.

“We are going to sit down and digest all our programmes. we have in health, education and we have in agric and these are the three cardinal points for any administration to grow,” he added.

The Chairman, Board of Trustees of AIGTT, Maj. Gen. (Dr) S.A Awosanya, in his welcome address said the event was organised to seek support from great philanthropists and other well meaning Nigerians in the quest of AIGTT to embark on community development projects.

Awosanya , added that the Foundation was out to complement the efforts of government and bridge the gap by providing interventions in identified critical sectors of the economy, having realized that government alone cannot meet the needs, yearnings and aspirations of the citizens.

The BOT Chairman disclosed that AIGTT, in February 2022, unveiled three major committees that would drive its vision in the core areas of Health, Agriculture, Education/Skill Acquisition & Youth Empowerment.

He said the Foundation had acquired 5 Acres of land to build structures for the use of the committees, while it is working on another 100 Acres of land for Agriculture, noting that the flagship project of the Foundation is Medical Specialist and Diagnostic Centre with state of the art equipment.

He therefore appealed to the invited guests to donate generously, as the N500 million Fund Raising was the first instalment of the target of N1billion which the Foundation intends to raise.

Awosanya assured that money realized at the occasion will be put to judicious use.

In his remarks, the Ebumawe of Ago-Iwoye, Oba Abdul-Razaq Adesina Adenugba, commended AIGTT for coming up with the initiative, while he declared his support for the vision of the Foundation.

Oba Adenugba urged indigenes of Ago-Iwoye to identify with the progressive step being taken by AIGTT to embark on several development projects.