REMOGDF has congratulated His Royal Majesty, Oba (Dr.) Babatunde Adewale Ajayi, B.L, LL.M, FCA, FBIR, DSC, Torungbuwa II, The Akarigbo and Paramount Ruler of Remoland, Chairman, Ogun State Council of Obas, the Visioner and Grand Patron of RemoGDF on the national honour, as the Commander of the Order of the Federal Republic (CFR) to be conferred on him among other recipients by His Excellency, Muhammadu Buhari, GCFR, President and Commander-in-Chief of the Armed Forces, Federal Republic of Nigeria on Tuesday, 11th October, 2022, 9.00am at International Conference Centre, Federal Capital Territory, Abuja, Nigeria. 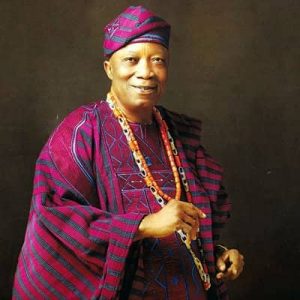 This was contained in a press statement signed by Omo’ba Abiola Ogundeko, the Head of Media and Publicity of the Foundation and made available to the Press on Friday, 23rd September, 2022.

According to the press release, the conferment of the CFR honour on His Royal Majesty, Oba (Dr.) Babatunde Adewale Ajayi, B.L, LL.M, FCA, FBIR, DSC, Torungbuwa II, The Akarigbo and Paramount Ruler of Remoland is in recognition of his purposeful leadership and the giant strides he has taken to move Remo forward, nay, Ogun State ever since his ascension to the throne of the Akarigbo and Paramount Ruler of Remo-Land over four years past.

Sir Kesington Adebukunola Adebutu, OON, CON, KJW, FISM, (ODOLE-OODUA), is also being acknowledged for his remarkable achievements locally and internationally particularly, in areas of commerce, philanthropy and sports amongst other successes.

The Foundation salutes His Royal Majesty, The Akarigbo & Paramount Ruler of Remoland and, Sir Adebutu and prays for the unity, progress and peace for our Nation.