A former Governor of Ogun State, Otunba Gbenga Daniel, has begged  the Federal Government to invest in the local exploration and development of bitumen to enable the country to create more jobs and preserve its foreign exchange. 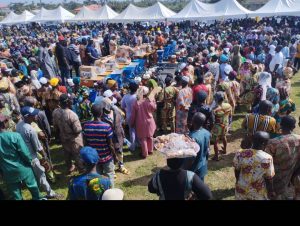 Daniel, who is the All Progressives Congress (APC) senatorial candidate for Ogun East in 2023 elections, said the diversification of Nigeria’s economy would be further boosted with the local production of bitumen which is a crucial raw material used in road construction. 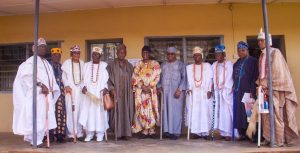 He spoke on Thursday  at Ojowo Ijebu-Ife during an empowerment and award of scholarships to indigent students in Ijebu East Local Government Area of the state which climaxed his ward-to-ward tour of the council. 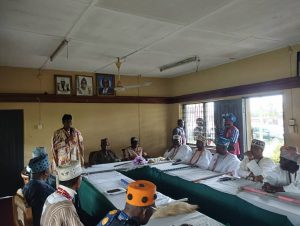 According to him, Ijebu East Local Government has the largest bitumen deposits in Nigeria.

Daniel, who explained that his desire to stimulate development at the grassroots with quality represention and effective legislation motivated his aspiration to the National Assembly, expressed determination to work with relevant agencies towards opening the extractive industry for more opportunities. 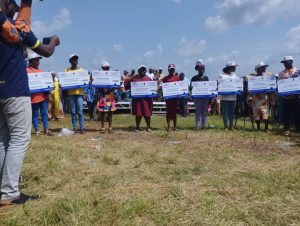 He said, “This is where we have the largest bitumen deposits in Nigeria. We intend to appeal to the Federal Government to expend money for the development of bitumen in this area. Even if we do not have crude oil here, it is clear that we have bitumen.

“I, therefore, implore the Federal Government to invest in the exploration and development of bitumen industry in this Ijebu East Local Government. I’m saying whereas the Governor is doing his best, we need to find a way of supporting him and other governors with the correct kind of legislations.”

Current statistics show that while Nigeria has a total bitumen reserve size of 42.74 billion metric tonnes that have remained unexploited for years, the country relies on importation for bitumen and other major road construction materials.

Speaking further, Daniel restated the imperative of activating the Local Government Autonomy Bill in order to make the nation’s third tier of government fully functioning and accelerate the pace of development at the grassroots.

“In the last one week, I have been in this local government every day from ward to ward. We have seen the problems and we are saying that not until local government is empowered and given financial autonomy, there can be no development. That is one of the reasons why some of us want to run for the Senate to ensure that this Local Government Autonomy Bill is activated,” he added.

The former governor also harped on mandatory health insurance scheme for Nigerian workers. He noted that such welfare initiative must be encouraged as obtainable in many developed countries of the world.

He said, “Part of the problem that we have in our country is health care delivery. When you go to other locations in the world, there is medical insurance and anybody who is employed compulsorily must be part and parcel of the medical insurance.

“We know that not many Nigerians are employed but even the few that are employed, when they fall sick they are helpless. But where we have mandatory medical insurance, our workers can get the necessary help. Those are some of the things we want to pursue in Abuja.”

Daniel equally canvassed strong legislation to make adequate provision for people who are physically challenged to enable them to lead a normal life.

Over 500 other items, including sewing machines and grinding machines were also won while 10 indigent students from the local government bagged scholarships.

Ogun 2023: I will Soon Begin Full Campaign For Otegbeye -Amosun