NGO Drags Abiodun, 6 Others To Court Over Revenue Outsourcing

The NGO disclosed that the Ogun State Government had involved the Attorney General, and Ogun State Internal Revenue Service (OGIRS), and three other associations, in revenue outsourcing which simply means contracting the collection of Revenue to another person or entity. 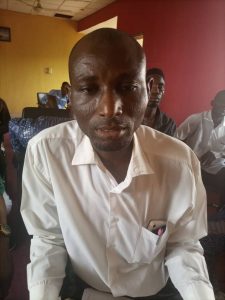 The NGO further alleged that the Ogun State Police had been “complicit in the harassment and illegal mode of operation of the aforementioned motorcycle operators association.”

Barr. Soliu revealed that the aforementioned associations perpetrate illegalities by issuing daily tax tickets at exorbitant prices to motorcycle riders, harass and impound the motorcycles of riders who resist purchasing both their tax and association tickets.

President of the NGO, Barrister Lukman Soliu, who spoke with PLATFORM TIMES disclosed that the state government has been going against the stipulations of the constitution of the country by outsourcing revenue through associations allegedly in disguise of road transport workers.

In his words, “The law is very explicit on who and who is to pay and collect tax. By implication, the Federal Government of Nigeria under whose authority, all other states including Federal capital Territory (FCT) exists, has a law that govern payment and collection of taxes. That law was code-named Taxes and levies approved list for collection, Law of federation of Nigeria, 2004.

“So, it is that law that states that ‘taxes are collectible by Federal, state and local government. That has resolved the issue of jurisdiction that most of the tax authorities usually have before the law was made and since then the the law specifically make provision in Section 1 that notwithstanding anything contained in the constitution of Federal Republic of Nigeria or any other enlightenment of the national assembly no other person apart from appropriate tax authority shall access or collect any tax listed in the schedule to this act.

“Now you see that the law has forbidden that the tax collection should be outsourced. It now says that if you see anybody that mounts a road block, causes a roadblock to be mounted, in the name of revenue collection, such a person if found guilty is liable to a fine of N50,000 or imprisonment for 3 years, or to go fine and imprisonment.

“The section 2 of that act therefore states that the Nigeria police force is to act according to the law on tax with that implication that if anybody is to found mounting road block along the way or cause a roadblock to be mounted if that person is found guilty automatically the Police is empowered to arrest anybody mounting roadblock on the road in the name of revenue collection unfortunately that is not happening you can’t see that thing happening in other state except in Ogun and Lagos state.

“We are insisting that the law says that if you want to pay tax go to the relevant authority to go and pay there and a receipt will be issued for any amount paid in your own name. What is obtainable now in Ogun State is that you cannot trace the amount paid by anybody. The name, the date, the address and the identity of that person is not traceable which is strange to the laws of the land. That is why we are now insisting that the most fraudulent part of it is that the bulk of the amount collected is not remitted to the government based on the document evidence at our disposal.

“If the money that is supposed to come to the pocket of the government is actually coming then the number of bad roads will be reduced and portable water will be supplied to hospitals. Now, instead of these people wasting our common resources, then we insist that the Government should follow the law. The Government would be promoting anarchy by working against the law of the federation because the law says in any part of the federation nobody should outsource revenue.

“Although they made a law in Ogun state that they can delegate their power but that law should not be superior to the laws of Federal Government of Nigeria that is why Constitution section 1 subsection 3 of the Federal Republic of Nigeria says, any law that is inconsistent with this constitution, shall be null and void to that extend of inconsistency’.

“The court has mandated it in ANACOWA versus OGIRS, Police, SO-Safe and so on; in the exodus human rights association versus the OGIRS, So-Safe, Police and so on; and also in Abeokuta here, the court has ruled that the government has no power to outsource revenue collection if any taxpayer wants to pay they should go to government agency.

“In section 102 of the personal income tax act, it says that ‘anybody that is due for tax or any tax collector must be an officer of a relevant tax authority assigned for that community.’ It means that not all civil servants can collect tax or collect revenue, it is only those that the law has empowered to collect the tax.

“If you are a member among the local government revenue committee you cannot go to the road and say you want to collect tax. Now our members beginning of every year they go to pay tax they have approached to stop them from paying tax how will you now be stopping people that want to voluntarily pay because they have seen that since we have gotten what the law says so the best alternative is for them is to block so they won’t have the opportunity of paying to the government and collect receipt with the name of our members.

“So, unfortunately, they are hiding under the tax law that what they are collecting every day is part of tax. Tax is either paid monthly or annually. For self-employed people like those who are transporters, those who are journalists etc. the law says they should be accessed annually.” Hesubmitted

In the same vein, the privately owned transportation association known as All Nigerian Autobike Commercial Owners and Workers Association (ANACOWA) Ogun State Chapter has lamented the taxation levied on its members by other state revenue generating associations, saying it amounts to exploitation and coercion.

The chairman alleged that the ACOMORAN, AMORAN and ROMO under the protection of some politicians have been preventing it’s members from operating freely in the state, claiming that they are the only recognised road workers association in the state.

Hence, the unjust treatment and coercion of it’s members to purchase tickets and stickers from the three associations at prices set above the stipulation of the government.

Adetola added that failure to purchase the tickets from any of the three associations often result in impounding of its members’ motorcycles.

“In as much as our association is duly registered and recognised by the Corporate Affairs Commission, we have every right to operate anywhere in the country.

“As we agree, the government reserves the right to determine who collects revenue on their behalf. This is the area that the other 3 associations are translating to mean that they are the only ones who reserve the government’s right to operate in Ogun State.

“Our ticket is sold at the rate of N100, which can be obtained for six days at N600, against the N600 daily ticket of the other associations, ACOMORAN, AMORAN and ROMO, imposed on all riders in the state.

“If we then urge our members to not buy government tickets for any price beyond N300 because that was the stipulated price from the government itself. In other places, the associations extort as much as N2,500 but not lesser than N500 from operators per day.

“However, the government associations issuing tickets would not issue out ticket for the price that the government has stipulated (N300), they would insist on issuing it at N500 or N600, adding their own union ticket. Any further resistance from our members often results in impounding motorcycles.

“We don’t believe in a violent approach to any issue. Sadly, when we report these cases to the police, they just tell us to go and collect it because they claim to not have the directive of the commissioner to interfere in such matters, whereas the Commissioner has spoken, saying he has no problem with whichever associations are working in the state.

“Even the Ogun State Internal Revenue Service (OGIRS) has said that they don’t have the right to impound motorcycles, they only have the right to ensure that the associations given the authority to generate revenue for the government continue to do so.”

The chairman went further to accuse the police for harassment and interfering with the operation of its members in the state.

Establishing that its association is well organized and operating within the purview of the law.

He said, “Wonderfully enough, it is the police that are supposed to be the custodian of the law and order in the state are the ones interpreting it for them, meaning they don’t know what they are doing.

“We don’t go out to deal with any okada rider and we don’t force any rider to join our association. It is voluntary for any rider who wants to join us to come to our office, obtain our form and get registered. Thereafter, the rider can purchase our uniform and begin operation.

“We don’t even go out to issue tickets for our members daily because we are cautious of the law that forbids public gathering in the name of ticket selling and disturbing public serenity.

“Today, I can tell you that it is only ANACOWA that has a coordinated and well organized association.
That’s why if you see our members they are the only ones with uniform, stickers, ID Cards and we have their details in during registration.

“ANACOWA operates throughout Ogun State but our major problem is police harassment. They are complicit in the act of terror against ANACOWA through all the other associations.

Also speaking with PLATFORM TIMES, a member of the ANACOWA, Salako Muhammad Ahmed added that issuance of stickers to the motorcycle riders by all the associations is forbidden.

He said, “Sticker which represents the identification of the association and where they belong to.

Adetola therefore appeals to the government to intervene on the matter, urging the commissioner to investigate the matter with utmost priority.

“We are therefore appealing to the ministry of transportation, to make a public statement regarding their stand on associations.

I Will Make Ogun Self-Sustained, With Or Without Federal Allocation- SDP Guber Candidate