The Resident Electoral Commissioner in Ogun state, Dr Niyi Ijalaye has confirmed that Insufficient Power Supply has been responsible for the changes facing electorate in the state in an effort to collect their Permanent Voter’s Card (PVC) . 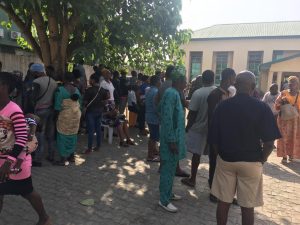 Ijalaye however said the collection process would be smoother and seamless from Monday, 19th December.

In response to complaints of residents in some PVC collection centers in the state, Ijalaye told PLATFORM TIMES that the commission is working towards ensuring that the process is eased. 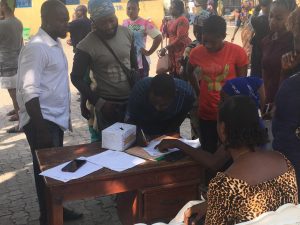 Ijalaye explained that directives have been given to electoral officers in relation to the identified problems of facilities, card correlation and others that may hamper the smoothness of the collection process.

The REC contested, however, by saying that the complaints that there are facility and reception issues in all the wards for the collection of PVCs cannot be entirely correct but it may be true “when localized to one or two areas.” 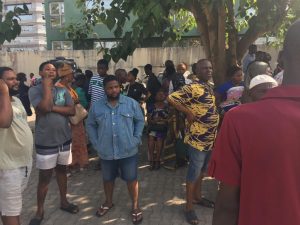 He said, “However, the reality today is that we have given directives to our Officers in local government areas to ensure that all complaints relating to the collection of the PVSs are addressed for the convenience of the people.”

Identifying one of the possible problems of the process, Ijalaye said, “Of course, we may now have the problem of card correlation,” meaning correlation of the Permanent Voters Cards with the Temporary Cards before giving it out for collection. 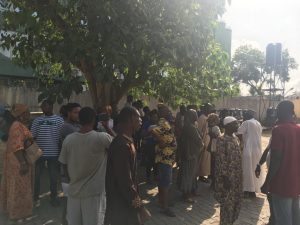 “The directive of the Commission was that cards should be collected on the 12th. But I can assure you that the process will be smoother and better. As from Monday, the process would be seamless.” He assured.

Also speaking on the number of PVCs collected in the state at the moment, the Commissioner said that the figure for that is not sacrosanct as the Commission is yet to record the updates. 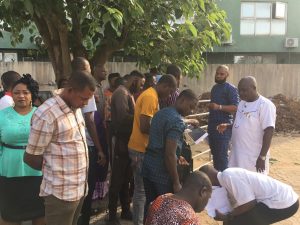 He said, “The reality is that we collate and give updates on the collection, but we can only release updates on Monday.

“We close our books for collection on Friday. Don’t forget we are to collate everything from all the 20 local government areas, the results would be available as of Monday.” He submitted.

Speaking on the challenges facing the Card collection process, the Electoral Officer in the Oke-Ilewo Branch of the Commission, Prince Dr Akeem Ade Balogun, revealed that the branch was experiencing facility and electrical supply issues.

Balogun, who disclosed that over 100 PVSc were collected on the first day of the scheme, added that the problems are major causes of delay in correlation of cards and keeping records before giving them out to the rightful owners.

He said, “As you can see, there is a crowd but what we are doing is that we collect their temporary cards, we search for their permanent cards and give it back to them.

“I’m working under directives as the INEC Electoral Officer for this branch. The challenges we have here is that of facilities. People are supposed to be seated and collecting their cards with ease, but there are no space for all to sit.

“We can only get space for the elderly ones, but not for everyone, and also there’s no power supply that could speed up the process. We don’t expect our personnels to work well in darkness.

“These are some of the challenges we are facing here but we are going to surmount them as our officers are there working so as to make the process a seamless one.” He said.

Speaking with some residents in the area, PLATFORM TIMES gathered that shortage of personnel was one of the causes of the delay in the card collection process.

A resident, simply identified as Adekemi lamented how she had to leave her place of work for some hours wjatjng to be called to collect her PVC.

She said, “Had it been they have enough staff, since I dropped my card around 9am this morning, till now (11:34am) I have not collected it.

“I think they need to employ more people and divide the work more appropriately while working diligently. We all have things to do, it’s not fun when they make people wait and loitering around in the community this way.” She said.

An elderly resident who had just collected his PVC stated that the process was herculean for him, giving credit to an electoral officer who gave him a seat due to his age, he said “the officers are trying a d doing their best to ease the process.”