Ahead of the 2023 general elections, the
leadership of Islamic Ummah in Ogun state under the aegis  of League of Imams and Alfas in the state has inaugurated the Office of Directorate of Good Governance ahead of 2023 elections.

The religious leaders through he new directorate led by Architect Quassim Sanusi have expressed their readiness to interact with all the governorship candidates in the state on their plans for the Muslims and the state . 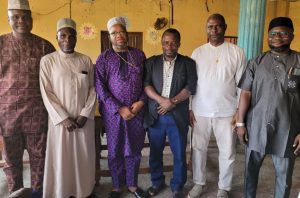 The Secretary-General of the league, Sheikh  Tajudeen Adewunmi  while inaugurating  the directorate on Tuesday, in Abeokuta, the state capital, disclosed that a special prayer session would be held for all Muslim politicians in the state, irrespective of their political affiliations .

Adewunmi who is also the spokesperson for the league in the state, shortly before the inauguration, said the religious leaders have come to the realisation that good governance could be achieved through the establishment of the directorate. 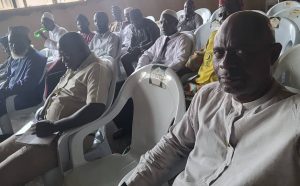 Adewunmi who was represented by Chief Imam, Ansarud- deen society, Ilaro, Sheikh Adegbite Badmus said the directorate was created to guide members that are into politics.

Present at the inauguration were the state Chairman, Muslim Pilgrims Welfare Board, Imam Hassan Kehinde  who is also the Chief Imam of Ikenne ; the  representative of Imam of Ijebuland , Dr. Kazeem Rufai ; Chairman of the Rabbitah admin, Dr. Rabiu Kusimo and the Chairman of the directorate , Alh. Quassim Sanusi among other members .

Adewunmi explained that all the Imams and Alfas in the state have unanimously agreed on the creation of the directorate to take care of political interest of members in the state.

Kusimo in his remarks announces that the league would soon hold a joint prayer session for all members in the state that are into politics .

In his acceptance speech,Sanusi said the idea was to encourage good governance irrespective of political affiliations of members .

He said activities have been lined up towards the coming elections which include interaction between the governorship candidates in the state and Muslims .

The chairman said full support would be given to politicians who are Muslims, stressing that whenever they are in power, ability to checkmate actions would be available.

He said, ” we want to be part of the problem and success of our brothers who are into politics. We want to pray for them, we want to guide them and bless them.”