A strong indication has emerged that the the Chairman of the Ogun State Park Management (OGSPAM), Akeem Bodunrin, popularly known as Iyeru has gone into hiding after he allegedly launched assassination attempt on the State Chairman,of the Road Transport Employers Association of Nigeria, Akibu Titilope, (a.k.a Efele). 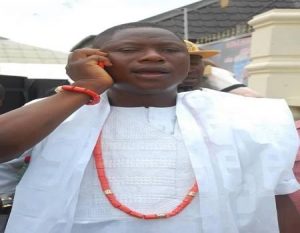 The attack occured at the annual Itori day held in Ewekoro shortly after the state governor ,Dapo Abiodun left the venue.

The Police Public Relations Officer in the state ,SP, Abimbola Oyeyemi has disclosed that Iyeru might soon be declared wanted if he fails to report himself at the police state headquarters, Eleweran over his role in the assassination attempt on tbe RTEAN Chairman and others.

PLATFORM TIMES gathered that apart from Efele who had 30 bullets liked in his body , five other members who accompanied him received various degree of injuries from the gun and machete attacks.

PLATFORM TIMES further gathered that gun was fired directly at Titilayo who escaped by whiskers .

Speaking on the police reaction to the violence , Oyeyemi described Ogun state as one of the most peaceful states in the country.

He said ” so, I don’t know why some hoodlums would gather themselves to turn the state into pandemonium and that will not be acceptable.

“We learn that there is an annual celebration of Itori day which had in attendance dignataries from all walks of life including the number one citizen of the state who was present at that occassion .

“Not quiet long of departure of the governor of the state , the hoodlums launched an attack and we gathered that some people were injured , those who were injured had not made themselves available to us at the divisional headquarters at Itori.

” We have motorcycles unions ,they are three . The AMORAN, ACCOMORAN and the ROMO. and we have two leading motor transport unions that are Road Transport Employers Association of Nigeria and National Union of Road Transport Workers ,but, the activities of NURTW have been suspended in the state and in their place we have park management board. So, I don’t know what will now lead to crisis between RTEAN and the park management board because their job is not the same .

“They are different organisations they have been alternating their work one week after, so, what will now make someone to think of launching attacks on the other .

Speaking on sporadic gun shooting at the occassion and that Iyeru was the mastermind , PPRO said “we have that information and we have invited the said Akeem Bodunrin, Iyeru and on his own interest ,I am using this opportunity to tell him to make himself available at the command headquarters Eleweran for a proper investigation .

So, we have extended our investigation to him , we have checked him in his house and he has been making himself elusive . On his own interest he should make himself available to the police.”

On why he has gone into hiding, Oyeyemi said “When you know that police is looking for you and you are nowhere to be found ,you are making yourself elusive .”

The PPRO however confirmed that Efele reported at the police state headquarters, saying, he showed up on Friday .

On why Bodunrin was elusive,the PPRO said “may be he is having a feeling of likely to be arrested . Until we get him . we have extended invitation to him and he must make himself available . If he makes himself elusive , we have the means to get him because everybody involved in the fracas must be investigated .”

On arms possession, said “the question will nit be answered until we get all the parties involved and get them investigated a d whoever we recover these arms from will have to explain where and how he comes about it.”

Oyeyemi however said the fracas occured after the governor had left the scene .

He said “from the account we got from our DPO , the governor had left because wherever governor is , we must provide watertight security and the information we got was that immeidiate the governor left that was when the fracas started .

“The information that governor was there might not be correct . The DPO at Ewekoro was there , the security report we got was that His Excellency had left before the fracas .

“By the time we finished our investigation , we will prosecute anyone that is culpable ,I can assure you of that.”

Meanwhile, a source has said that not less than 30 bullets were removed from the body of RTEAN state Chairman after he was allegedly shot at by Iyeru and his team .

Efele was said to have been rushed to a traditional expert who retrieved the bullets numbering about 30 before he became stable.