The Ogun State Health Insurance Agency says it has enrolled a total of 52,900 (fifty-two thousand and nine hundred) people in its scheme as of December 31st 2022. 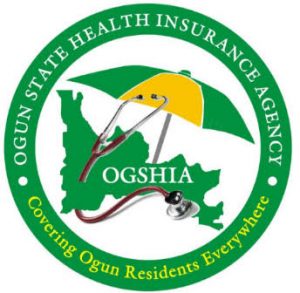 The Executive Secretary, OGSHIA, Dr Afolabi Dosunmu disclosed this while having a chat with PLATFORM TIMES correspondent over the weekend.

The NHIA was saddled with the responsibility to collaborate with state government health insurance schemes to accredit primary and secondary healthcare facilities and ensure the enrollment of Nigerians.

Dr Dosunmu noted that even though the reception of the scheme by the people was not impressive at first due to their cultural beliefs, adding that the agency was able to turn this around by making use of various mediums to create more awareness.

“A recent research carried out in Ogun State revealed that the acceptance of Health Insurance scheme is about 50%.

This is because people have the cultural belief that contributing to a health scheme while they are hale and hearty will make them fall sick”, he said.

He added “in Ogun state, things are getting better because OGSHIA now has two radio programmes, one television programme and the brand ambassador, Odunlade Adekola, goes out with the agency periodically for road shows to create awareness in hard-to-reach areas around the state.

“Things are gradually getting better and we believe that very soon the formal sector scheme, which will also be launched will immediately bring more people to the scheme.”

The Executive Secretary described health insurance as a predictive sustainable model of health financing whereby resources are mobilised to create a pool of funds that will be used for strategic purchasing of health services, which will be made available to individuals that have contributed to the pool whenever their health needs arise to avoid catastrophic health expenditure.

When asked to state some benefits of Health Insurance, the medical doctor noted “health insurance reduced out-of-pocket expenditure, that is, the enrollee will not have to pay for healthcare when the need arises.

” Also, they are saved from catastrophic expenditures which could push one into poverty because their health needs have been paid for through the token that they contributed.

“There is quick access to healthcare because, with the insurance card, they can go to the health facility and access immediate healthcare.

“This results in a better prognosis because they do not have to wait till their sicknesses become chronic due to lack of funds.

“Such individuals also get qualitative health services because the money they contributed is used to improve the quality of services being rendered.”